KP Just who is Winyo?
Winyo is a luo word meaning Bird, I would like to think that I look at everything from above, and up there everything is quite and calm.

How did you let Osogo Winyo take your stage name?
Well actually he did not take my name; his name jus means another type of a bird

How did you get into music?
Well I composed my first song in class four before then my mother use to tell me that when I was a toddler I use to go to our neighbors house they had a radio cassette which we did not have by then, so I would crawl in their house sit before this radio cassette press any button until there was music playing, then I would stand and start to dance, of course the neighbor would turn up and chase me away crying back to mama, after all this of course my father had to buy a big one being the jang’o he was.

How would you describe your music?
I sing Benga music I know this is the original Kenyan sound. I grew up listening to this sound, every Kenyan community and even the musicians today have listened to Benga music, I would like to believe that we as musicians have take over from where our music fathers left it and improve the sound. With a mix of jazz and blues, I also sing folk music which was taught to me by my villagers and grand mother.

Do you only sing in Dholuo?
No, I sing in Kiswahil our national language, Kikuyu and English, I sing mostly in dholuo because this life stories and experiences were taught to me in Luo, and from what I have seen that the music cuts across all boundaries coz its a language we all understand best, the life stories I speak about are also the same amongst our Kenyan communities

You have collaborated on the song Nitie Kwe with Maurice Kirya, tell us about that experience:
I met with Maurice Kirya at Bluzebra studios I was recording my songs, then Ted Josiah my former producer suggested if we could do something together, a tune was made and the lyrics came pouring down we wrote the song right there and recorded it, and it was very beautiful

How come you are not so well known locally?
I would like to believe that am known locally, well most of the people who come to my concerts say this to me because they come to see me perform, although I have not played any of my music in the media but we are working on that since for along time I have been working on my album and am happy to say that it is finally done; under the careful eye of my producer Tabu Osusa, of Ketebul studios: we will be honored to give Kenyan audience the right sound they; deserve it. We will be launching very soon.

How many Albums have you done so far?
I have done two albums so far; I did my very first recording while in high school with an accapella group we had formed back then chalayana, then after I did an album with a band group called Rateng this was formed at blue zebra.

After seeing you perform on several occasions at Kwani Open Mic events, you disappeared, where did you go? Well my dear I got into TV productions for a while, I am also an actor and a script writer, our beautiful country has offered us the chance to exploit our talents, I am grateful to Citizen TV for giving me a chance to produce a TV program (Fruit salad), I also started a production company called Big Foot Productions. I have also been touring SA, and Europe, just came from a European tour this month, organized by Equation music and (OIF), International Organization of la Francophonie.

You are the voice behind the new Kenya Power advert appearing in Kenyan TV stations true?
Yes, I should believe.

How did that happen? Tell us all about it from the minute you received that call
Well my friend Moses who was also a member of Rateng band; works with an advertising company called (Mojo), he called me and told me that a client wanted me for this advert, the Demo went through, and we did the advert. I hope it serves the purpose for the bigger goal of KPLC, we want a better situation for our lives in Kenya and if this advert can play a part to help us have better lives that is all we want.

There is a lady you have collaborated with on the vocals, what is her name?
well the advert really was finished while I was away during my tour, I came back just to hear her beautiful voice in the advert, I should meet her soon.

How does it feel to be part of such a huge re-branding campaign?
I feel privileged I feel honored as a Kenyan musician.

We have heard Carol Atemi on the Kenol Kobil ad and you on the Kenya Power one, what are your thoughts on Corporates now turning to Kenyan artists?
There is a lot of Kenyanism should I say, that is taking over the minds and the well being of our Kenyan society, this we welcome with a big embrace, I think many Kenyan institutions, individuals and more cooperates should see this, we are alive and we have woken up.

I haven’t seen you perform in a while, when is your next gig.
In a few weeks we will plan a launch but may be before then I might perform at the French institute, I have been invited for Kisumu peace festival which will take place in August

Any chance of seeing you and Maurice performing together live?
Yes we have been planning to release the song Nitie Kwe. Plans are underway we met in France during the tour and made some arrangements.

I know this is a long shot but I’ll still ask, roughly how many figures were written on the Cheque 🙂
Well I guess for that one I will have to have coffee with you then I tell you in private.

A word to your fans.
Thank you for believing in me thank you for coming to share this music with me, I will have the album out very soon, you can share it with friends, your loved ones, and family, I love you all, be blessed. 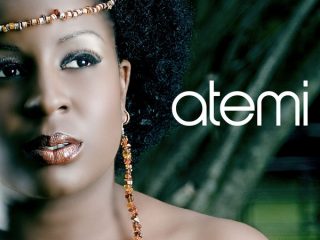 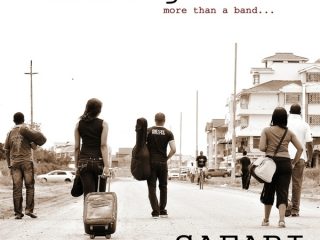 Next Post (n) ALBUM REVIEW: SAFARI BY THE ADAWNAGE BAND