The POWO April 2012 panel made up of ;(from the left) Dann Mwangi, Margaretta, John Sibi Okumu, Buddha Blaze and Wanjeri

Saturday 21st April was the day that serious money matters were to be discussed by a cross section of poets, playwrights, writers, actors and artists at the PAWA 254 hub all brought together by the forum POWO (Poets and Writers Online).

The event which had been heavily publicized through online media and posters in various cultural centers had attracted 90 sign ups on Eventbrite with many looking forward to engaging the promising panel made up of Margaretta wa Gacheru, John Sibi Okumu, Buddha Blaze, Wanjeri Gakuru and Dann Mwangi(Number 8).

The panelists all arrived quite early with only a few attendees present. That however did not prevent us from starting slightly behind schedule.

Dann Mwangi, ever so ready, with his white hood saying it all for him (Real Emcees Spit Word!), stepped on to stage to start off the discussions on an entertaining note.

Dr. Margaretta wa Gacheru who is not keen on the many titles (she prefers just being referred to as Margareta or Wa Gacheru) took us on a journey through the arts in Kenya focusing on all forms from the written to the performance and visual with a strong emphasis on the stereotype that artists should remain poor and that artists who focus on monetizing their craft cannot do both.

With mentors and teachers such as Okot P’Bitek, John Ruganda, Ngugi wa Thiongó & Prof. Micere Mugo, Margarett’s indepth knowledge of Kenya’s history in the arts, writing and theatre is like a well, never running dry. Her Doctoral thesis was on Kenyan women directors in theatre.

She sought to dispel myths that artistes may be polluted by money once this starts coming in, thus affecting their rich knowledge & potent. She gave an example of Vincent van Gogh who was one of the best impressionist ever but one who sold only one painting in his lifetime (died poor). Ironically, though Vincent van Gogh died poor, his paintings are now worth millions of dollars. Many artists have come to the realization of the myth that money will ruin their creativity. It is fair to remunerate our artistes their true worth.

She sighted Elkanah Ongesa a famous Kenyan sculpurist who has made it his call to help Kenyan artistes sell their works and get better revenues.

“You cannot be philanthropic with your works be they the written word, paintings or otherwise…” She added

Margaretta wa Gacheru also spoke about her dissertation which was on Jua Kali works and the arts & how they have developed generating a new generation of entrepreneurial breed of visual artists.

“Kenyan artistes have needs , space, materials, training and some form of market to be able to share and sell their works”

Those were her final remarks which opened the floor to the panels giving an entry point to the day’s poignant discussion on, money and artists.

As the day’s MC, Ndanu Mung’ala introduced the rest of the panel, John Sibi Okumu choose to get to the heart of the matter by taking us through various projects he has been involved in either through writing, narrating, script writing, directing, editing, presenting or producing and breaking it down to us on exactly how much he received for each.

John Sibi showing his article in the BBC Focus on Africa

Some of the examples he sighted were; an article for the BBC Focus on Africa, narrations for the Ketebul 3 DVDs on the history of various music Genres in Kenya, Writing a children’s story book, directing, editing and narrating a french project on Spotlight on Kenyan Music, writing the satirical play Role Play and his contribution in the Awaaz magazine just to name a few.

What came out of his revelation was that he has not made a fortune out of his craft and for most projects, contrary to popular belief, it has been a labour of Love. His comment for this was;

“Let’s love what we do first but as this is being done, artistes are their own worst enemies, fighting within themselves. Artists have got to unite {and start Unions to advocate for their rights}…whether there’s a generation gap or not”

Buddha Blaze whose many contributions in the Hip Hop movement in Kenya are finally paying off was next to join the discussion and had a few comments to make about how far he had come in his fight to have Hip Hop become a respected art form in Kenya and for the artist to get what was entitled to them.

He started by announcing some good news of Universal Records who will be setting up shop in Kenya thanks to the buzz of Kenyan music.

He however noted that it has been a tough call fighting for Kenyan artistes to get what is their own create value first. With initiatives such as WAPI – Words & PIcture to help artistes from slum areas & Eastlands like @JulianiKenya & Octopizzo which went on to other countries such as Uganda and Ghana.
He was happy that despite many artists who failed to see his vision, there are those who saw what he was trying to achieve and now, they are the industry players.

He emphasized on the need to create synergies between artistes & event managers such as noting that;

“We need to have Unions for artistes be it for painters, editors,photographers so that they can speak for their own folk. Create structures to be able to work & get artistes to get paid & have their own rights & help their careers develop. Look at opportunities in the setbacks that come through in Kenyan media scene…don’t let it knock you down”.

That was his advise to all.

He also reported that he was involved in the first publication Phat Magazine that sought to portray Kenyan artistes in a positive light. This has been taken up by newspaper pull-outs such as Buzz, Pulse, Zuqka which have missed the point, focusing on gossip, negative portrayal of Kenyan personalities, which doesn’t always augur well with the public and the said acts.

Dann Mwangi in his insights on how he transitioned from a poet to a script writer revealed that it happened purely by accident after having worked with the Nation Media Group on a poetry show and then he was approached to write the scripts for ‘Wash & Set’ and ‘Guy Center’.

Wanjeri also gave us an introduction to the Mondeas run magazine UP whose main aim is to cast a more positive image of Nairobi by focusing on achievements by various individuals mainly in the fields of literature, music and lifestyle.

She noted that the model change from a tradition of selling the magazine to distributing it free was a huge gamble they took though one that is finally paying off. They did receive alot of criticism for it and they still do with many still looking at the magazine as elitist but she felt that most Nairobians still hold a very negative opinion of their city.They have also taken advantage of going online and have regular weekly e-journals to engage the online readers.

These sentiments were also shared by Blaze as he spoke about the latest Camp Mulla video which though shot in downtown Mama Ngina Street, it looked like some shots straight from a New York street, yet all it took was a creative Camera crew with good ideas for the lovely Nairobi spots.

Going deeper into the discussions which were mainly centered on the generational gap as well as the financial aspects, here are some of the highlights that included questions and answers from the audience.

– When Kenyan writers are talked about it’s quite a rarity talking about playwriting & playwriters..

– We need to document our history, our challenges & what is happening in all our arts & performance

– Try multi-faceting your options in your career, try as many hands to align what you do & believe in & have passion for

– Do what you do first for the passion, the pay-cheque will come once its appreciated for what you do.

– Diversify in your art

– Don’t see yourself as a star before you become one. John Sibi

– Be realist, that’s just the way it is for the Kenyan way of life

– Be a realist, it’s about the message & not about you

– there’s need of a support system to help creative writers, play-writers and artistes in general too. Unions & related organizations

– Nostalgia is dated emotion for its very nature. Let us not keep holding on to the sentiments that the older generation had more content in theatre

– While the online & social media has helped us spread & interact, criticism is a must for your work

– Get rid of adjectives like ‘the greatest’, and you take away the problems that we face in art

– Success is a process, its not a destination, or one final call…

– You’re what you negotiate.

– Get a business manager ( business partner) as an artiste/actor!

Those were the final words from Buddha Blaze.

With a final performance from Number 8, the discussions ended at 2pm with a vote of thanks from Njeri Wangari.

The next POWO Meetup will be on 16th June. It will be on Activism through words as well as a training workshop on using online tools such (Blogs, podcasts, youtube, twitter, facebook etc) as a writer and performer.

Also keep checking the website www.powo.co.ke and follow @POWO for updates on the poetry and written word from this side of the world. Drop a word or two on powo(at)kenyanpoet(dot)com. There is also a newly created Facebook group; Poets and Writers Online (POWO) which is open to all willing to join in the discussions.

All photos taken by the PAWA254 team. Thank you! 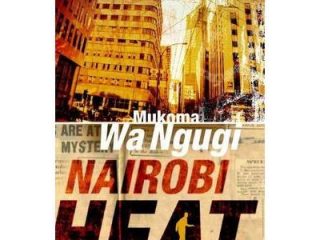