Four Kenyan Saxophonists all on one stage (from the left; Don Ouko, Joseph Hellon, Chris Bittok and Parseen Edward)

Had you asked me 5 years ago if we had a formidable list of jazz musicians in Kenya, I would have had a hard time naming more than one.

In 2006, the disaster that was the inaugural North Sea Jazz Festival was proof that we were not yet ready to brag having Jazz Musicians. I attended the event at the Kasarani Sports Center and though the lineup was impressive, talented artists such as Eric Wainaina and Harry Kimani among others were the only ‘Jazz’ artists from Kenya. Your guess is as good as mine as to why it did not happen again after that.

Fast forward to Tuesday 30th April, venue – The Tree House, time – 7pm and all of that changed.

In an event that was organised to mark the worldwide International Jazz Day celebrations, The Jazz Special had brought together 8 bands made up of some of the well known names in the fast growing Jazz scene in Kenya.

Chris Bittok, Joseph Hellon, Different Faces, Rick na Marafiki and Christine Kamau (The only Kenyan female trumpeter/composer ) each gave atleast 30 minutes of hair raising performances to a packed venue with the audience taking in every word, every sound.

The event that was to start at 6.30pm was right on time with recorded music waltzing from the speakers with DJ Njukey playing music by Gill Scot Heron, Jill Scott, Femi Kuti and Gregory Porter, among others. Soon after the performances were started off by Mwai and the usual suspects. Their rendition of Nameless’ track Nina Noki left everyone in awe.

The highlight of the event for me was when all the 4 saxophonist were on the same stage in what was an a pure improvised performance. As Chris Bittok joined Parseen Edward on stage, he clarified that there was no rift between Kenyan Jazz musicians.

His comment resonated with those of the organizers whose main aim was to bring all Kenyan Jazz musicians together and break the barriers so to speak.

The event which went on well past 1 a.m had several surprises with Patricia Kihoro and Denise Gordon performing different renditions of the song ‘Summertime‘ with no prior rehearsal. June Gachui, one of MCs also took to the stage to give a taste of classic Jazz which had not been featured despite playing such an important role in the birth of modern jazz.

I had to call it a night at some minutes past 1 a.m and felt bad for missing Joseph Hellon’s performance, a man who has managed to salvage his name from all the drama that has been his life ever since a TV personality and a certain Nigerian become staple food for Kenyan media houses.

I walked out of Tree House happy that now, I can comfortably say that we indeed to have Jazz Musicians. The organisers (Parseen, Njukey and June) are aiming to have this celebrations every year and hopefully have a Jazz Festival some time in future.

Like many, I felt that the fee of 1,000 was a rather low fee for such an experience, however, I was informed that it was to set a precedence that a good event need not be over-priced. 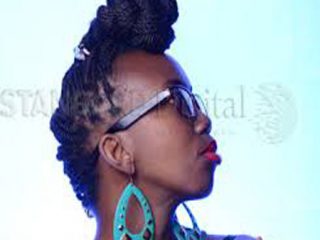 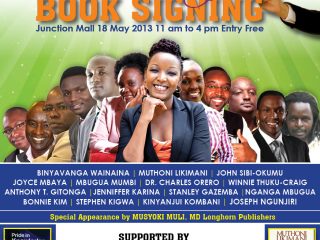