As you might already be aware by now, the Golden Voice of Africa, Salif Keita shall be gracing the Safaricom Jazz Festival this August on 29th at the Bomas of Kenya.

I shared my thoughts on this rather unusual choice of artist in my earlier post and as I mentioned towards the end, whether Salif Keita is coming for a Jazz or classical music concert, his live concerts is the stuff of legends for any music lover. His concerts are a full experience from his command of the stage, his back ground vocalists who also double up as dancers and ultimately, his percussionists, drummers and traditional instrument players. Musical instruments that are commonly featured in Keita’s work and live concerts which include balafons, djembes, guitars, koras, organs, saxophones, and synthesizers.

Salif who began his musical career in 1973 recorded his first album Seydou Bathili in 1982, he has since recorded 20 albums with his latest being Tale which he released in 2013.

For those who will be hearing Salif Keita’s music for the first time or for those who are yet to venture beyond this hit song ‘Africa’, listening through 20 of his albums might take you a year. Below are some of the songs that you might consider putting on your playlist as a mood setter for 29th August at the Bomas of Kenya.

3. Yamore (A collaboration between him and the late Cesaria Evora) Such harmony in their sounds

8. Tekere (One of the great dance songs from Salif Keita)

12. A Demain (from his latest album Tale)

15. Nous pas bouger
He went on to do some interesting collaborations with some french rappers on this track which is also worth checking out. 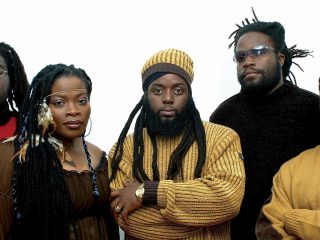