If you are a Hip Hop fan, then I am sure by now you already know that Talib Kweli will be in the country for an intimate DJ Performance on Thursday 23rd October at the Ebony Lounge courtesy of Nairobi Hip Hop Rapsody and sponsored by Hennesy.

Nairobi Hip Hop Rapsody is the brain child of Moses Mbasu better known as Buddha Blaze. Started in 2013, the event is an authentic cultural Hip Hop night with different DJs playing every Tuesday from 8:00 pm to midnight at Choices on Baricho Rd. Hip Hop artists perform live with a DJ accompanying them and sometimes with hip hop album launches.

Talib’s visit is coming at a time when there has been a lot of heated debates regarding Kenyan Artists and Kenyan Music in general. The discussion and counter accusations between artists pitting themselves against the mainstream media and DJs for choosing West African & South African music over their songs has been taken to Social Media with many artists attacking anyone and everyone they perceive to be the cause of this conspiracy against them.

A few weeks ago in a very lengthy Facebook post, Buddha Blaze, who has been a promoter and manager for many Kenyan artists, decided to speak his mind regarding personal attacks at him for his failure to ‘help more deserving‘ artists. This was in the wake of the start of Coke Studio Africa Season 2 & 3 where some Kenyan Artists felt that those who were representing Kenya in the show were not ‘Talented enough’.

It has come to my attention the recent bickering and unfortunate finger pointing that’s going on in the Kenyan music business. I just want to say if you decide to make the music industry your occupation then make it an occupation and don’t think that there will be handouts. Its okay to do music for the love and the love only but times have changed and not all musicians are that talented enough to rely on talent alone. Music now is multi-million dollar industry and that’s why it has to be more than the music. Music is a career just like any other career. In today’s global music industry only 10% of the music industry relies on an artist’s talent. The rest is relationships, marketing, branding, management, agency, manners, business deals, social media, personality, relevance, patience, education and so much more.

Find the full post here including the numerous comments from the 95 contributors to that conversation.

Kenyan Hip -hop has been at a cross roads. The transition from household names and what many have come to know as the face of Hip hop in Kenya to a new generation of MCs and rappers with a different identity has not been an easy one and most of us are still hang up on the past shaking our heads in disappoint of what was once a very promising genre not just in terms of concious lyrics but also seeing the artists dully rewarded.

Ukoo Flani Mau Mau has for the longest time been synonymous with hip hop in this country. Groups like KalaMashaka, Wenyeji, Mashifta, Wakamba Wawili and rappers like MC Kah, G-Rongi, L-Ness,Alai Kenti, Sharama, P.O.P, Lavosti, FUJO Makelele, Cannibal, R.I.C aka Jinamizi are all part of same family and did, for over a decade, define Kenyan Hip Hop.

What befell the camp, which was hailed everywhere for their conscious lyrics that dealt with everyday real life issues, can mostly be attributed to what a lot of other artists in this country are going through. The realization that music is a business, just like any other and it needs to be managed and handled just like any other business enterprise.

Lack of business acumen and the unwillingness to find and work with people who understand how to package and sell music is what is killing a lot of the talent regardless of which genre of music the artist is singing. My friend Mwende has written a well thought through post on the lack of professionalism in Kenya’s Music Industry.

These cats want handouts? That’s not how it works. You must get to work & grind. Showing up is not enough anymore. Show up, Grind Up, Larged UP!!

With music comes fame. What most artists in Kenya fail to understand is that, FAME never put food on the table or paid rent. It is therefore important to cash in on that fame by hiring and working with the right people. It is only in Kenya where you will find artists looking at managers as con artists who just want to cash in on their fame instead of seeing the need to have a manager who takes care of the 90% of their music.

Despite not enjoying the same scale of commercial success as artists such as Kanye West or Jay Z, Tali Kweli has remained one of the most down to earth, conscious and focused Hip Hop artists. Kenyan Artists whether in Hip hop or other genres have a lot to learn from him. 20 years in Hip Hop and 10 Albums in no small fete. 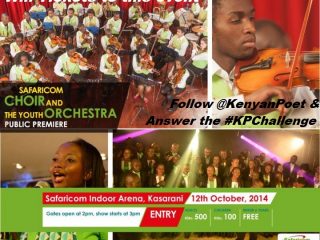 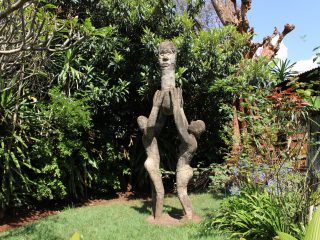