Elimo and Phillda Njau have witnessed many weddings in their spacious and super-green shamba/garden over the years. Their Love Garden has been a special favorite since it’s not only surrounded with deep green shrubs, a thick bamboo patch and several striking stone sculptures all hand made by Kenyan artists like the late, great Samwel Njau.

The Love Garden is also situated right next to the one wing of Paa ya Paa Art Centre that was built by Elimo especially to house visiting artists who come from all over Africa and the rest of the world to attend workshops and imbibe the creative climate at Paa ya Paa.
There’s even a kitchen in the roomy wing so that brides can take their time preparing for their special day and chefs can prepare for the after-wedding receptions that also are held in the Love Garden.

But then on the other side of Elimo and Phillda’s drive way is an even more spacious grassy ground where slightly bigger weddings are held. That part of the Njau’s garden is more of a forest than a manicured space, but the leafy green indigenous trees provide a wonderful canopy to keep weddings and other artistic events cool and fresh, even on hot sunny days.

The Njau’s initially moved to their overgrown Ridgeways location in the early 1970s. The old colonial stone house, situated on five acres of mostly indigenous forest land had previously been owned by Oxford University Press. But as OUP was getting set to sell the house and grounds, they gave Elimo to first chance to buy the property.

And since Elimo was managing Paa ya Paa Art Centre on Koinange Street at the time—a time when rents in Nairobi’s Central Business District (CBD) were shooting sky high–OUP’s then Managing Director Charles Lewis was happy to see his friend move both his home and Paa ya Paa to the land, which at the time, seemed so very far from town but today seems like a hop, skip and jump to and from Nairobi.

Lewis and Elimo had known one another for many years and shared a mutual love of the arts. That shared affinity is one of the reasons the two were among the original six founders of Paa ya Paa, an arts space most often described as the ‘first indigenous African art gallery in Kenya.’
In fact, there were four indigenous Africans out of the six, namely Elimo, Jonathan Kariara, James Kangwana and Pheroze Norowjee. The other two were British who had deep ties to the country. There was Lewis who helped establish the Kenyan publishing industry and Terry Hirst, the fine artist who not only started the Art Department at what is now Kenyatta University. He’s also one of the grandfathers of Kenyan cartooning, having established the first cartoon magazine that specialized in political and social satire.

Initially, Elimo moved in as a renter and general manager of Paa ya Paa Gallery. But eventually, he managed to buy the property and has transformed the whole five acres into an indoor and outdoor green gallery.

Indeed, one of the reasons Elimo and Phillda regularly open their home to visitors is because their garden grounds are so attractive, both inside and out.

One of the major attractions of the grounds is the 12 foot tall cement and steel wire sculpture of a Mau Mau Freedom Fighter constructed by the late Samwel Wanjau.

Originally, Wanjau had been commissioned by Kenya’s former Attorney General Charles Njonjo to create a sculpture to stand in front of the Parliament, but when Njonjo saw the ferocity and size of Wanjau’s freedom fighter, he said refused to honor his agreement with the artist.
As Wanjau had created his Mau Mau man in Elimo’s garden, the sculpture never moved. Neither did the miniature Mau Mau which still stands in the Love Garden and is one of the major attractions of the space.

Elimo also grows fruits and vegetables as well as a host of spices and multicolored flowers just near the house that he and Phillda built with the help of many well-wishers who came to Njaus’ rescue in the late 1990 when an inexplicable fire destroyed much of the original house, including Elimo’s library of priceless first edition books.

The fire also destroyed most of the wood sculptures that had graced the garden grounds. That is why all the sculptures that one sees in the Njaus’ garden are made out of stone or cement and steel.

To reach Elimo and Phillda’s place, take the Kiambu Road and turn down the Ridgeways Road leading to Windsor Hotel. Before you reach there, you will see Paa ya Paa Lane and they are at the end. 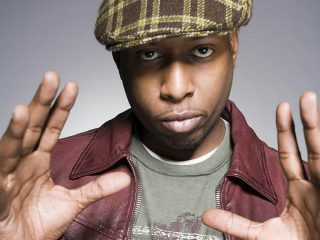 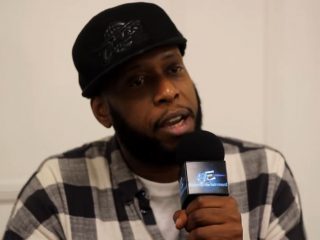