26th April marked this year’s World Intellectual Property Day, an event that seeks to highlight the intrinsic link between creativity and intellectual property (IP). In his message to mark the seventh World IP Day, Dr. Kamil Idris, Director General of the World Intellectual Property Organization (WIPO), stressed the importance of encouraging creativity. The incentives built into the IP system encourage inventors and artists to mine their talents and thereby drive technological advances and enrich our collective cultural heritage.
However, the World Intellectual day was unknown to anyone, especially all those whose creativity is to be encouraged and whose creativity again, needs to be protected from the likes of Korea and Britain who prey on the illiteracy of craftsmen and women in third world countries.
If this date was unknown to you, you will be forgiven as you will be one among the very many other Kenyans(and also Africans)who either did not know the day exists or were locked out of the closed door meetings held at the Kenya National Theater Yesterday to mark this day in Kenya.
Looking at the ‘Daily Nation’on 27th,( page 29 )only a pictorial has been done of the Attorney General, Mr. Amos Wako and Trade and Industry Assistant Minister, Mr. Abdirahman Ali Hassan admiring some curios from a few of the traders who were exhibiting their work OUTSIDE the KNT auditorium where the talks were being held to commemorate the day.
Others in attendance of this very low profile event were
Kenya Copyrights Board
Kayamba Africa (who had gone there to entertain the guests)
Vitimbi(entertainment)
KEPHIS
KIPI(whose Director only read a WIPO speech)
and The Public Relations Officer at the Attorney General Chambers

Inside, only issues of Music Copyrighting were discussed with the A.G burning a few pirated Music CD copies, with irrelevant speeches being read, a few(PR, AG Chambers) even ran out of Speeches as nothing had been prepared.
It makes one tend to think that there is more than meets the eye in the whole Kiondo and Kikoy issue.
A few suspicions come to mind.
1. Is it possible that someone was paid off to shut up about Kiondo? Looking at the manner in which it was patented without any of the concerned parties raising a finger.
2. Why were traders or organizations that have been formed to sensitize traders on Intellectual Property not invited to this event.
3. Why wasn’t the event made public and even an editorial marking this day and educating Kenyans on I.P placed in the local dailies as is the norm with World Aids Day, World Literacy day and many other world events?
In the mean time, let us seat and wait until some western country applies to patent another Kenyan cultural item, then we can hold meetings at Norfolk to discuss why these westerns are stealing from us. 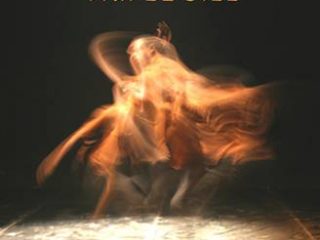