Last month, Cartoon network partnered with the Britam Foundation to raise awareness about conservation and wildlife protection in Kenya. The theme for the competition will be “Ben 10 Protecting Wildlife”.

Learners drawn from over 100 primary schools and over 40 000 learners across Nairobi will be enter the challenge to explore their artistic talents, while also encouraging wildlife conservation. The main aspect of the challenge is for those 4000 pupils to draw a Ben 10 alien with special powers that will be able to protect and save elephants and rhinos in the country.

Ben 10 is an American media franchise created by “Man of Action” (a group consisting of Duncan Rouleau, Joe Casey, Joe Kelly, and Steven T. Seagle) and produced by Cartoon Network Studios. The franchise is about a boy who acquires a watch-like alien device, called the Omnitrix (full name: Omnimatrix), that allows him to turn into alien creatures. The Ben 10 franchise received wide critical acclaim and won three Emmy Awards; it also has grossed over $2 billion in retail sales in Europe, the Middle East, and Africa (EMEA) and has sold 100 million toys worldwide.

If this is not the most clever way of promoting a brand and brainwashing children with western imagery of a saviour in the name of Ben 10 coming to save African wildlife like Europeans have done to Africans since colonisation, then its a very noble idea that The Britam Foundation should be applauded for.

Lest I am mis-understood, I am in no way refuting the fact that, every effort needs to be made to not only make Kenyans aware of the need to protect our wildlife but its also important that children are encouraged to understand and appreciate the need for humans to see the value and co-exist with wildlife.

However, my issue is in the use of a Western Cartoon character being the saviour. Since colonization, African have fought hard to regain the lost ideals and mindset that we do not need saving. If anything, we need to figure out how we can go back to living like we did before Europeans first set foot on African Soil.

The notion that only Europeans can save Africans from poverty, war, starvation, disease and now lack of appreciation of the Wildlife is what had driven most European governments to pour money into NGOs that make the very African’s they are trying to save to become fully dependent on donor aid and the mentality that we cannot be self sustaining or find solutions to our own problems.

If Cartoon Network and the Britam Foundation were sincere in their quest to get children to creatively think of ways to learn more about wildlife or how to save it, then, it would have been more prudent for them to encourage children come up with an entirely new character.

Creativity should not be limited or put in a box with guidelines and a defined route that only helps churn replicas of the original Ben10 character only for him to adorn a Maasai Shuka!

Our children need to know and appreciate the fact that, as Africans, we have our own heroes who can successfully become carton characters. It would have been more creative had kids drawn inspiration from African Legends like Shaka Zulu, Lwanda Magere or Akokhan or even the Maasai who have co-existed with wildlife for centuries.

I doubt the children who will go through this challenge will come out any wiser on wildlife. Instead, the Britam Foundation and the Cartoon Network will have succeeded in converting the 4000 kids to Ben10 evangelists who will watch the cartoon series with dedication, talk about it to their friends and purchase their merchandise. 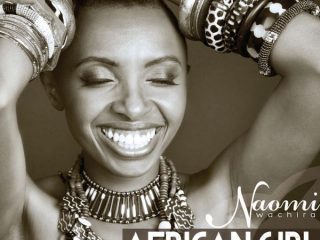 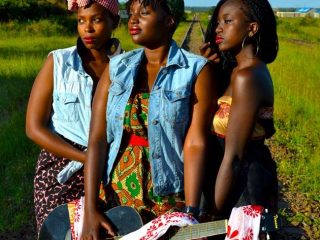 Next Post (n) Mwanake Quenches his Thirst with Kiu