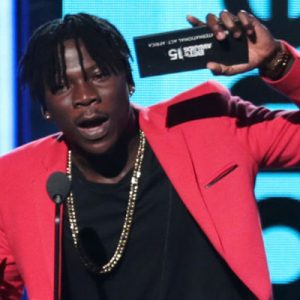 Although BET stands for Black Entertainment Television with the awards aimed at recognizing and awarding the best in Black entertainment, the 2015 awards drew a lot of criticism on social media from Africans who protested the snubbing of African Artists who had been nominated in the Best International Act: Africa category and the fact that the eventual winners Stonebwoy (Ghana) and Eddie Kenzo from Uganda received their awards 4 hours before the actual event began at a backstage room with no fans, just cameras recording the moment for the rest of the world.

The 2015 BET Awards took place two nights ago at the the Microsoft Theater in Los Angeles, California and was televised on BET. The awards are presented annually, and are broadcast live on BET. The annual presentation ceremony features performances by artists, and some of the awards of more popular interest are presented in a televised ceremony.

Artists such as Wizkid, Yemi Alade and FUse ODG were pissed off with this treatment by the BET Award organisers and they made it very clear using their twitter handles.

Wizkid had been nominated this year and according to his tweets, he was expected to show up for the pre-shows and nominee parties which he decided to snub.

Lol So I’m hearing BET is mad cos I didn’t come for the pre shows and interviews! Lol.

But I won’t be attending ur preshows and nominee parties if I’m getting the award at 10am before the main show. — Wizkid Ayo Balogun (@wizkidayo) June 29, 2015

Fuse also decided to make it very clear why he chose to snub the BET Awards ceremony through his twitter handle.

Dear @BET, the reason why I didn’t come is because you give our awards backstage! You have no respect for our hard work and achievements — Fuse ODG (@FuseODG) June 28, 2015

Yemi Alade took to her Instagram to first blast BET for making ‘Africa’ look like its one big country and also for humiliating African Acts publicly . She advised them to scrap the category if they feel its that insignificant.

This is not the first time that BET is giving such treatment to Africans attending the awards. However, it took Wizkid and Fuse to expose what has been happening at the BET awards event and their humiliation of African acts. The irony of this all is that, these are blacks treating fellow blacks to the same treatment they (African Americans ) receive every year in the hands of White event organisers behind the Grammy and the Oscar awards. This irony did not escape many Africans in the continent and in the diaspora who were closely following the ceremony and the talk online.

All this black equality talk from black Americans and they show no respect to their own ‘Africans’! #BETAwards I just can’t comprehend it — Zurii Ai’Oki (@Mimi_Neesee) June 29, 2015

Many were wondering why African acts still show up for the BET awards ceremony despite the treatment and humiliation metted at them at the hands of fellow blacks.

So why can’t African Artists ignore the BET Awards, its already very clear that BET finds the category so insignificant, it does not even deserve to be showed during the live broadcast of the event.

This new turn of events puts the BET network in a very awkward position. BET has been striving to diversify its reach in viewership by appealing mostly to other ‘Blacks’ other than African Americans by courting artists such as D’Banj and through its partnership with TV channels such as Multichoice- the largest pay tv distributor in Africa. With the recent closure of channel O which was among the best international launching pads for African artists, its will now be a lot of more tricky for African artists to break into the international scene something that international music awards have a way of amplifying. So where does that leave African artists seeking that big break into the international music scene.

All these African trippin about BET giving the Africans their awards back stage have a seat. It’s the BET awards based on American culture. — Common Man (@BFRESH301) June 29, 2015

Maybe its time that we read the writing on the wall, BET is for Blacks in the US not in Africa. African artists and the whole African Music industry therefore needs to come up with a formidable event that truly appreciates and awards great African talent and its contributions to music all over the world.

Am looking at you Nigeria and South Africa music producers & entertainment companies, take this as a wake up call. 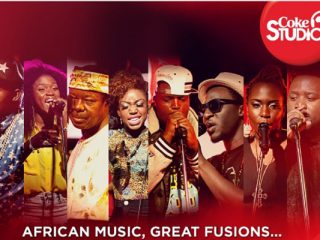 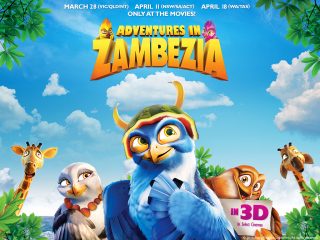