Album title:The Change Experience
Artist; Kato Change
Year released: 2015
The Change Experience is the gift we all received on the December of 2015.The art on the album is truly inspirational to the African movement and the sounds and languages you hear when you press play makes us want to kiss Mama Africa.

By then, we had watched Kato Change wow us on stage a couple of times at the Safaricom Jazz Festival and at other big gigs. He had also performed as lead guitarist on Tusker Project Fame 6 and worked with many international artists.

Aparo was the first single that was released off this album. It featured Lisa Noah whose voice is purely magical to say the least. The song brought together smooth vocals and great guitar skills.
I was elated when the album came out and I saw that there were other collaborations between Kato and Lisa, including one that had saxophonist Owour Arunga. They worked together to put out a song called Mr. Music Man which I’m always humming to myself.
The discography of an artist is always a good way to judge the progress they are making and how seriously they take their music. Even though releasing an album may take a lot of time, more time than the artist expects, the end product is a fair measure of where we should place the musician. World renowned artists release albums and EPs all the time meaning they are always creating and innovating their style. As a self taught guitarist Kato has done well for himself by releasing eleven tracks that take the audience through a journey of transcendent music.
Using the guitar as his weapon of choice he carefully selected vocalists who have a unique voice that the people long for. If you have musicians such as Winyo, Jaaz Odongo and Karun then you know that the sound you produce when you pluck your string is well complemented by these amazing artists. However, I wish Kato did more videos to go with the tracks that he worked on.

As deep as Kato’s dimples,so is the mood of his whole album. It is definitely not for everyone. As lovers of jazz music we often have to put up with the rest of the world who do not understand why there is very little singing involved. This is one of those collections which few of your friends will be able to enjoy but then what are you doing hanging out with people who do not understand the Change Experience? This album gives hope to all, praises women and mainly shows the power of music to move you and influence your mood.

Even though his music is mainly influenced by jazz musicians, Kato Change’s guitar skills may border genres such as flamenco,rhythm and blues, rock and African sounds. He was selected as one of thirty-two musicians worldwide to take part in the One Beat program, a residency that encouraged creation of music that was influenced and consumed worldwide.
He has performed and recorded alongside great names like King Sunny Ade,Aloe Blacc, Fally Ipupa, Ice Prince, Seun Kuti among others. Here in Kenya, he has worked with The Rimbui Quintet,his own jazz ensemble Th Change Experience and several other groups in Nairobi.
With an impressive bio and a unique sound that carries listeners away, Kato Change is a hardworking musician whose album should not be slept on. 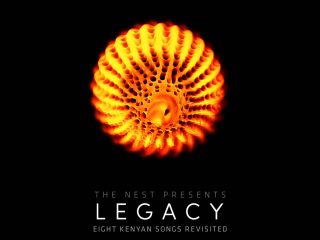 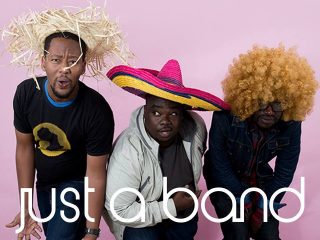