Whereas a lot Afro-soul artists are known to come from either Nigeria, Ghana or from East and Southern Africa, that is now changing. Afro-Soul is also becoming a more refined and befiting sub-genre of the blend between Soul music and African rhythms and beats with more and more Africans either born and living in Africa or of mixed race making music that fuses these two main genres of Music.
Thais Diarra who, though born in Switzerland has her roots in Mali and Senegal will be marking her inaugural performance in Kenya.The live concert will take place on the 6th of February, at the Elephant( former Kifaru ) off James Gichuru road featuring Thais on guitar and vocals.

Her melodic voice reminiscent of other nu-soul greats, will definitely soothe the week’s sorrows away. Although distinctively afro-soul, her music is a melange of styles, ranging from reggae, mbalax and mandingue music.

Thaïs Diarra is described as a nu-soul singer with roots in Mali and Senegal. She was born in Switzerland, to a music-loving mother and a bass-playing father. Since Thaïs’ early years music was a refuge, a moral recourse to the racial prejudgement and questions about her mixed race identity. Her early inspirations include Afro-American music, reggae and music by other mixed race artists addressing thigs she struggled with. She was also part of a hiphop group.

As a young writer, composer and singer, she always raised questions in her texts, whilst carrying a message of positivity. In 2003 Thaïs Diarra went back to her roots, travelling to Senegal which became her second home. Here, she met renowned rapper Didier Awadi and in 2004, was welcomed as a member to the PBS Radical group. Together they toured Africa and Europe, where Thaïs did recordings and collaborations.

Several famous musicians participated on Métisse, including Didier Awadi, Fredy Massamba, Gunman Xuman and Noumoucounda Cissoko. Texts are in English, French, Wolof and Bambara. The album speaks of tolerance and hope, on exile, persecution and the day to day difficulties faced by Africans living at home and abroad. Thaïs Diarra’s mellifluous voice takes us on an odyssey, raw and heartfelt, to a place of discovery, meetings and celebration. 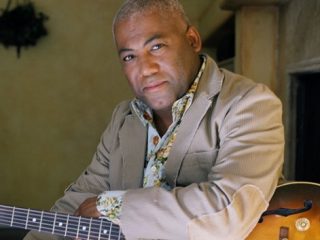 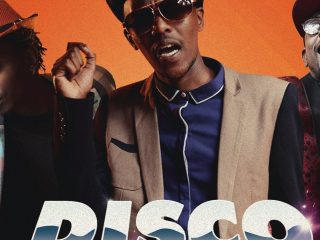 Next Post (n) Just who is Patoh Njuguna the man behind the hit single Disco?