This is a conversation based review of the song and video So Alive by Sage and Octopizzo. A different style of doing things as it were with Robert Mahebo and Pat

RM: I first met Sage almost four years ago. She was this shy lady with spectacles learning how to play the guitar to support her awesome piano performance. At that moment in time, she also was a back-up singer and pianist for Muthoni DQ, Musician and organizer of Blankets and Wine monthly music event.

RM: I do not see how a simple meeting has to do with my objectivity, I’m my own man. Influenced only by music in its essence, not nice legs and pretty smiles.

It still does not change the fact that she has a very nice voice.

That she does. No debate about that. I have never met her or Octopizzo so this will be based on the music alone. (For me at least)

The music starts
I can easily use this song as a ringtone both for its catchy tune and awesome almost acoustic beginning. What say you Pat?

Yeah. I have to agree with you there. The beginning of the song is really nice. There’s the whole piano thing completely stirs my interest and keeps me listening. It has a slow, very relaxed instrumental start which is only broken by Sage’s voice.

I think she started the song off on a note lower, making the song sound a bit off key. But I love her high notes.

It didn’t sound off key to me…maybe some parts sounded like they could if she was not careful…But she was!

The video
I believe the video has been superbly executed, with a great flash of thighs.

Really? Thighs?? Clearly, your focus was in the wrong place! I thought this was a review of the song? OK…On second thought, you do have a point…

Back to the song!! It is well directed and executed with a very seamless interplay of videos threaded together otherwise known as Continuity.

OK. Surely Bob! What have you just said?

My reader is intelligent and knows what I’m on about.

Anywho! The whole video is nice. I’m not a video person myself but i think it was well directed and organised. It’s not too much for the eyes meaning i can really focus on the song as opposed to video-graphy.
I noticed the guy holding a keyboard like a guitar though. Really? But I guess I can let that slide because it’s such a good song.
Oh! Also the bits with the dogs towards the end [Raised Eyebrow].

The lyrics
Is it the whisper of an angel or the pounding of my heartbeat? is it the playing of a record, where the drumming and the base meet?

Talk about lyrical prowess!
I liked that line too, sounded poetic.

That’s a sample of what you will hear from Octopizzo in the song (Note: I listened to his part like thrice so i could get those lyrics). He’s…well…Himself and has added the whole ghetto-swag thing to the song. I’m still in the process of listening to it for like the millionth time to see if I can get used to his part of the song.
I feel Octopizzo is not adding too much to the existence of the song. His lyrics would have been used in any song. I would have prefered a whole Sage song, but for presence sake, he was a good addition for a collabo.

I really like the lyrics in this song and i think Octopizzo is in line with the theme of the song. However, I am quite confused about Octopizzo’s role in the song. Don’t get me wrong, the guy has rhymes and stuff but…i dunno…something about his particular style of music and his previous tracks just doesn’t sit in well with this particular song for me.

I think it was an ideal ending. Chilled out, like the beginning.

Memorable moments
In my mind I still see the couch raised to the wall.
From the video I think it’s the uncanny comparison between life and music that stuck. This is shown by the peaks and valleys similar to those of an electrocardiogram (EKG) monitor that’s at the foreground throughout the video. It’s like saying Music=life

Fun Facts
She writes her music.
She is in a Rock band
and she is 1/4 of a century years young

Review by Pat and MaheBob 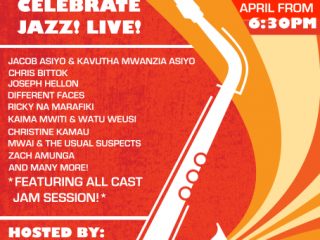 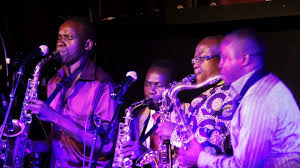