Chinua Achebe who died in Boston, USA, on 21st March 2013 at the age of 82 will be remembered variously as a teacher, novelist, story teller, literary critic, poet and essayist. His literary life spanned over fifty years, from the publication of his first novel, Things Fall Apart (1958) to There was a Country (2012), a memoir of the Nigeria Biafra war in the 1960s.

I first met Achebe in London in late 1973, in the office of Mr. Alan Hill, then Chairman of the Heinemann Group of Publishers. Achebe’s first novel, Things Fall Apart had been published in hardback by a sister company, William Heinemann, in 1958. In spite of good reviews, sales were modest and the book was virtually unavailable in Africa. It was Alan Hill who re-branded, re-packaged it, and re-published it in paperback in 1962, as the first title in the newly launched African Writer Series by Heinemann Educational Books, another sister company within the Group. The paperback became an instant success and found its way on many school lists across Anglophone Africa. Indeed Hill was able to successfully use it as a flagship in establishing Heinemann branches in Africa.

On that day in October 1973, the three of us went out for lunch. Although I was a young editor of 27 on attachment to the Head Office, I did not fail to notice his simplicity and ease of communication, and the fact that he gave equal attention to both of us. A few weeks later, we were to share a guest room in the home of the Managing Director of Heinemann Nigeria in Ibadan, and drove in the same car to the first conference on Indigenous African Publishing at Ile-Ife, where he was a key speaker. Not long afterwards, in early 1974, we met again this time at a Commonwealth Writers Conference in Kampala, Uganda. We had become good friends, judging by the familiarity with which we now regarded each other.

1972 is the same year Achebe resigned as General Editor of the African Writers Series, offering consultancy services only if and when needed. An internal policy decision was made that future titles to be published in the series would be through mutual agreement between the Heinemann offices in London, Ibadan and Nairobi. As the publishing manager of the Nairobi office from 1974, I had access to Achebe, the two other offices and any other advisors I wished to consult, such as Ngugi wa Thiong’o.

I was invited in 1986 by the Zimbabwe International Book Fair committee to chair the opening address at a conference on publishing for children where Achebe and Ngugi were the principal guests. Speaker after speaker emphasized the need to write in African Languages, especially children’s books. Achebe was not moved, he said,

“I think everyone should be allowed to write in a language they are most at home in”.

Back at the hotel that evening, Achebe told me of an Igbo proverb which says, roughly put,

“Where one thing stands, another stands beside it”.

He said that was his guiding principle. For him, it was never a question of either/or. Colonialism was bad but Western Civilization had its benefits,

“it does not make sense to totally embrace Capitalism and condemn communism. Publishing African languages need not mean deserting the English language, etc etc”, he explained.

At the end of the Harare conference above, I felt the need to start publishing Children’s books and asked Achebe if he would be willing to come to Nairobi to launch my project. Not only did he agree but he signed over 4 of his own children’s books; How the Leopard Got its Claws, Chike and the River, The Drum and The Flute. When he arrived in Nairobi in November 1988, we had around 20 new children’s books, including his own. In a highly publicized event, he toured most parts of the country giving public lectures and addressing university, college and school audiences. During that fortnight, because of high demand, we reprinted most of his novels, the rights of which we had acquired from Heinemann UK in the mid 1980’s, and even 2 of his new children’s books! We concluded the visit in my village in Vokoli, Maragoli, where Achebe enjoyed Ugali and Smoked fish with my mother. When he heard that my elder brother had recently died, he suggested that we go and stand at his graveside, covering the half a mile distance to his compound on foot. The following day, the day we flew back to Nairobi, Achebe said he wanted to take some fish home to his wife Christie. So we went together to the fish market in Kisumu and selected smoked fish and had it properly packed for air travel.

It was not long after that visit, 1990, that Achebe had the car accident that was to change the rest of his life. His son was driving him to the airport in Lagos when they hit a tree. Quick action by those present and later, his publishers, saved his life. He was flown to a private spinal injury hospital in the UK where he spent several months. I visited him twice over this period and it is his courage, positive attitude and the constant care and presence of his wife Christie that kept him going. He was finally discharged from hospital paralyzed from the waist down and would forever be confined to a wheel chair. Only American universities were able to employ him and provide him with the special care he needed, hence his decision to work there to his last days.

In 1996, I decided to put together some of my essays and conference papers into book form under the title Publishing in Africa; One Man’s Perspective. In his brief introduction to my book, Achebe likened me to Alan Hill, the founder of Heinemann Educational Books and the African Writers Series mentioned earlier and made some very flattering remarks about me. God rest his soul in peace.

I remember in 2003 after A Man of the People had been prescribed as a set book again for Kenya Certificate of Secondary Education (K C S E),and had already done two and a half years, a section of the Catholic Church lodged a complaint about parts of this novel which they found sexually explicit and wanted it either revised or withdrawn. A visibly agitated Achebe called me from New York and in his almost shrill voice swore he would not change a single word in that novel.

“I have a medal from the Catholic Church for my writings, I don’t understand this fuss over a book that has been around for so many years,” he exclaimed.

The book was eventually prematurely removed from the set books list.

The last time I met Chinua was at the University of London some two years ago at a celebration to mark 50 years of the African Writers Series. He looked frail in his wheelchair but happy to see me again. There was much to talk about. He told me how he would have liked to come back to Nairobi but said that he nowadays allows himself only one trip per year out of the US and that his travel arrangements were too cumbersome, anyway. He asked to see my wife and I presented her later. Little did we know that we were seeing him for the last time.

I have lost a friend, teacher, mentor and father figure. Our 40 year old relationship will remain etched in my memory forever. Achebe was a simple man, instantly likeable, patient, easy to communicate with, and a good listener. He was a man not trapped in any ideology, who used simple words with rich meaning and whose world vision was not easily swayed. He was not an avid Christian, but he believed in strong family and social values. His philosophy of life, espoused in the Igbo proverb (where one thing stands, another stands beside it), explained above, enabled him to avoid extremes and look at things as they were, in a balanced and non partisan manner. He was slow to anger but could react sharply when provoked. I have never forgotten the incident at the 1974 Kampala conference when he rebuked a pestering Western critic who was trying to pillory him over one of his books.

“Go and write your own book if that is how you want it,” he snapped.

Although Achebe is gone, he has left us Things Fall Apart, the book that tells us where the rain started beating us, and others which are equally prophetic of our time. Indeed and without any doubt, he is the father of modern African Literature by not only having been at the forefront of it, but also trailing the blaze and helping so many of our early writers get published. He is immortalized in his works which will remain beacons of hope and inspiration for many generations to come.

MAY GOD REST HIS SOUL IN PEACE. AMEN. 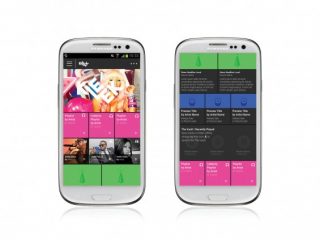