Unless you have been living under the proverbial rock, I am sure you are in the know that the ‘First Lady of Neo Soul’ will be coming to Nairobi for a concert at the Carnivore on 11th Dec.

Being the 2nd artist to be signed on by Kedar Massenburg after D’Angelo, Erykah’s music could not fit into the existing genres thus Kedar had to come up with a category name after the breakthrough of Brown Sugar, Baduizm and Urban Hang Suite. Although Erykah is termed as the First Lady or Queen of Neo Soul, she has disputed the terms and even at one point made the comment.

“I hated that because what if I don’t do that anymore? What if I change? Then that puts me in a penitentiary.”

She is not the only artist to ‘disown’ the genre. Jaguar Wright even produced an album, Divorcing Neo to marry Soul.

So just what is Neo Soul and does it hold its own as a genre or as some would say ” There is nothing new about Soul!”

Before we start moving into the Neo Soul vs just plain RnB camps on twitter as Miss Badu’s concert draws closer, let us try and understand what caused the coinage of the term.

The start of Neo Soul as a genre can be likened to the rise of what Kenyans term as Afro-Fusion. There was a need to define the music that was being done by artists such as Sauti Sol, Makadem, Barbara Guantai, Sarah Mitaru, Carol Atemi and others who emphasized the use of actual instruments in their music production whilst still incorporating traditional instruments and sounds as opposed to Kapuka artist who used and still use digitally synthesized beats using computer software such as Fruity Loops.

This is the same thing that was happening in the US and UK in the 90s. There was too much digitally produced RnB and Hip Hop which was mostly misogynistic with too many Male artists.There was thus a need/nay thirst for something fresh and real.

So why, despite the Neo Soul term helping the artist sell their music in a different category, do they loathe the term so much?

Erykah Badu herself owes her success to shrewd marketing of debut album ‘Baduizm’ through a new category as her sound could not fit in the confines of RnB. However, she has with time dropped the hallmarks of the genre

This is very evident in her last two albums New Amerykah part one (The 4th World War) and New Amerykah part two (Return of the Ankh) which are more groove-based with personal themes. However three tracks from the two albums; Honey, Window Seat and Gone baby, Don’t Be Long do give you a feel of the old Miss Badu.

Although it is true Neo Soul is heavily influenced by the good old Soul( mainly Motown ballads) as many call it, it does also sample other genres such as Hip-Hop (as seen in Badu’s album Mama’s Gun), Jazz, funk, pop, as well as African Music (like the song Bandy Bandy she has done with Zap Mama) D’Angelo’s hit Cruisin from his first album was a rendition of Smokey Robinson’s original.

The term is only now catching on in Kenya with various local artists also terming their sound as Afro-Soul. However, Capital FM is the only radio station that has ever given Neo Soul credence dedicating two shows (Soul Lounge on Sundays and Neo Soul Thursdays) to music in this genre. Anyone remember the syndicate show Soul Lounge by Terry Bellow that used to come on Capital FM from 5-7 p.m?

So what can Badu’s Kenyan fans expect from her at the Carnivore concert? I would urge that we keep an open mind and not be too hung up on Baduizm and Mama’s Gun for it might just be a ride into the New Amerykah. 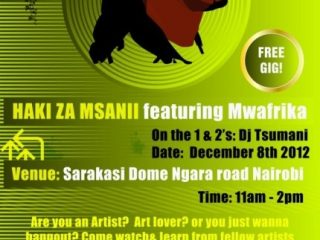 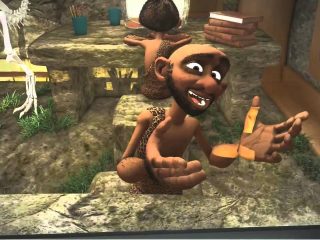