You must be wondering, Just who is Judith Sephuma? well if you are a Jazz enthusiast and Afro Jazz for that matter, then maybe you still hold the sentiments that Hugh Masekela is the best Jazz Artist from South Africa.
Manu Dibango, Femi and Fela Kuti were then, brace yourselves for the new voice of Afro Jazz, Judith Sephuma.

Rumour(from a reliable source) has it that she might be coming to Kenya in the course of this week or towards the end of the month. No specific date has been confirmed yet. Details of the venue for her performance nor the charges are also unavailable at the moment(keep it here for a heads up)

Who is this new voice of AfroJazz?
Born in Polokwane a small town in South Africa, Sephuma’s singing inspiration started when she was on 15. In 1999 she won the “Best Jazz Vocalist”at the Old Mutual Jazz Into The Future competition in Jo’burg.

Her debut album A Cry, A Smile, A Dance was critically acclaimed. The title track “A cry. A smile. A dance” is one of the best tracks off this album, which explains why it is Judith’s very personal all time favorite. (This particular track has received alot of airplay on Jack Ojiambo’s Jazz show on Capital Fm) she later followed it up with New Beginnings.

Her latest Album which she released in 2005, NEW BEGINNINGS was recorded from April to July 2005, in a Johannesburg studio, with Sephuma in the co-producer’s chair.

Sephuma teams up with iconic Zimbabwean musician, Oliver Mtukudzi on the entrancing duet, “Kupedza Nguva”. Also joining her are Afro-Pop singer and songwriter, Ringo Madlingozi, who performs on the gem, “Kwazi Bani”, and Bongo Maffin’s Stoan Seate. The Sephuma-Seate union is one that may surprise fans – but, as heard on the songs “A Call” and “Re A Lotsha”, it’s a superb coupling that is destined to earn Sephuma a wider base of fans.

I am quite looking forward to watch her perform tracks from her two albums(and hopefully also do a review on it). 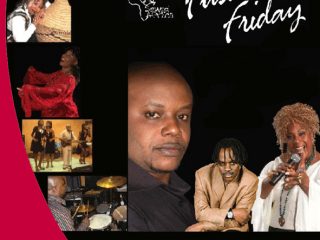