by Margaretta Wa Gacheru
What a privilege to be back in Kenya again to take part in what Nelson Mandela described as an African Renaissance. I feel it is happening here in Kenya and it is most manifest in the visual and performing arts.

I’ve only been to one play so far, directed by the inimitable Sammy Mwangi and Victor Ber, The Good, the Bad, and the Kenya, which Faith O reviewed so well for the KenyanPoet. My review is meant to come in The Nairobi Star soon. But Faith was wiser than I and took photos on the spot on opening night. Normally, this practice is NOT DONE and usually, the show manager warns against it, but Faith didnt have that constraint since nobody issued a warning.

Where I have been is to a multitude of artists’ studios and local art centres, visiting the artists and regaining insights into how much has changed in the Nairobi Art World since i disappeared last August, and how much continues.

The big news, of course, is that Kuona Trust now has a new MD in Sylvia Gichie, best known as a professional photographer and jewelry designer based at Kuona. She replaces Danda who will stay on as a consultant. then Ato Malinda is said to be the new Programme Director and Renee Mboya is business manager or some such title.

The Kuona reshuffle came after a big check up on the Trust by the group called PEN which said Kuona was “stagnating” according to word i heard from folks in the know.

An open invitation for people to apply for Danda’s job went out on the Kuona mailing list, which people complain was not a broad enough notification, since few people are said to have applied for the job, not knowing of the vacancy.

Anyway, i wish Sylvia well and all the best to Kuona Trust.
Maggie Otieno, newly elected to be the regional boss for the Arterial Network, will soon shift from the Godown to Kuona Trust. Maggie had scared many people when her facebook page claimed she was off to the Dominican Republic for 28 months. Artists were irate, but now Maggie claims it was all a big joke. Not funny to some. Anyway, she will be serving there after leaving African Colours where she managed the place brilliantly.

The 3rd Kenya Art Diary for 2013 is on course, and Nani Croze is working with Gallery Watatu this time to make the diary as good if not better than the first two, which are spectacular catalogues of the best of contemporary Kenyan art.

Last Saturday, Banana Hill Art Gallery had an opening of a Congolese artist whose name i wont venture to mispell, but his work is lovely.
Last Sunday, OneOff Gallery gave Beatrice Wanjiku Njoroge her first One Woman Exhibition since her return from the US where she was doing an art residency in Vermont for 2 months. She came home with lovely paintings so get to OneOff if you can.

Being Human by Beatrice

Meanwhile, Kaafiri Kariuki is in Zanzibar, courtesy of William Ndwiga’s intervention, as Ndwiga’s linked in with the Maldives art group that organized an Indian Ocean artists residency for six weeks on the island paradise.

There is so much more going on I can’t give it all up at one sitting. Suffice it to say that next year is 2013 and many people are planning for the 50th anniversary celebrations of Kenyan Independence.

For instance, the GoDown is doing all sorts of cool things, seeing as they are coincidentally celebrating their ten year anniversary with arts activities galore.

Finally, I’m back and writing about this and that, and delighted to be sharing my Jua Kali journey again via this Diary.

By the way, it seems that the Kenya Art Diary, started by nani Croze has set off a stream of thinking within many circles and others are also organizing their own diaries. i won’t mention them all, but I of course am partial to the Kenya Arts Diary 2012 since I had a hand in its creation and am proud to see so many outstanding Kenyan artists featured beautifully in that diary. Everyone should own one, for the Renaissance’s sake! 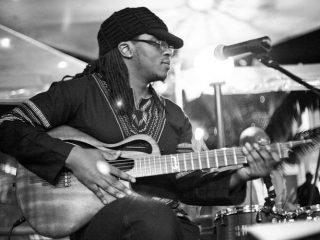