The NEST will once again host the Jamaican poet and performance artist Staceyann Chin alongside our very own Binyavanga Wainaina this Thursday, January 30, 2014 at the Southern Sun Mayfair Nairobi from 7.30pm, for a night of conversations and performances.

Staceyann Chin whose first performance in Nairobi was in February last year. is a spoken-word poet, performing artist, a mother and an LGBT rights political activist. Her work has been published in the New York Times, the Washington Post, and the Pittsburgh Daily, and has been featured on 60 Minutes. She was also featured on The Oprah Winfrey Show, where she shared her struggles growing up in Jamaica. This is the second time she is performing in Nairobi, almost a year after we hosted her in February last year.

Binyavanga Wainaina is an internationally acclaimed Kenyan author, winner of the Caine Prize for African Writing in 2002 and the founding editor of the literary magazine Kwani? He has written for the New York Times, the Guardian and National Geographic. In 2011, his memoir One Day I Will Write About This Place was published.

Binyavanga recently came out as being Gay in an essay from the lost chapter in his memoir ‘One day I will write about this place’. The essay’s title was ‘ I am a homosexual, mum’.

You can pay for advance tickets through MPESA on 0724 947587, or pick them up at the NEST and the BONK shop at the Junction Mall (Ngong Road). 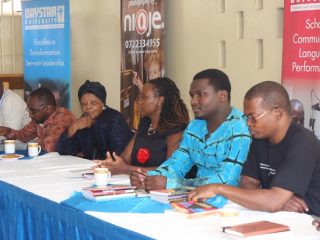 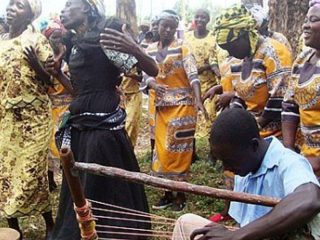