An emotional Zahara during her performance at the 44th edition of Blankets & Wine (Image courtesy of Niaje.com)

June 2nd marked the 44th edition of Blankets & Wine, a monthly event that has redefined the Kenyan concert and musical experience. It is the premier afro-based picnic styled music festival in East Africa designed to showcase genres of Afrocentric music.

Started in November 2008, the event has grown steadily to become one of the most highly anticipated music events in Nairobi and beyond. Currently in its fifth year of operation, Blankets & Wine in 2012 ventured into new territories within the wider East Africa region.

B&W is the brain child of Muthoni Ndonga – a Nairobi born and raised singer, songwriter, flow-poet, creative and social entrepreneur.

I have attended a couple of the B &W events, (at the Mamba Village and lately at the Carnivore where the event has relocated to) notably Mafikizolo, Dwele and most recently, Zahara, who was the headline act for the 44th edition.

It has proved to be a success as many other concert concepts have been tried before with many not making it past the 2nd year. Being a monthly event, one can appreciate the amount of work and logical nightmares that go into organizing it to deliver that consistent experience.

That not-withstanding, there have been some unsavory things that have been creeping into the experience and are slowly redefining the B&W experience. Whether this will spurn B &W to greater heights or drive away those who religiously throng the grounds for that experience is something only time will tell.

Corporate Partnerships
Whilst this is important to any growing event, there is need for that delicate balance between pleasing a corporate sponsor to the detriment of the fan who cares only for the musical performances and shunning any form of sponsorship denying the event that much needed lifeline.

The B&W team needs to watch out for this if the Zahara event is anything to go by. Inviting corporate firms to line up their staff then proceed to allow each staff to ‘salimia wananchi‘ turns the event into one where fans as subjected to all manner of ‘lacklustre advertising’ which is unnecessary as the same sponsors have a tent which would serve the same purpose. It would be better to make those sponsoring the event to create memorable interactions and not the usual onstage activities of an already saturated programme of activities.

I admit, B &W has the best setup for a family to have a picnic whilst enjoying good music. This is the reason why most parents will bring their children and enjoy a relaxing Sunday afternoon with good food, drink and music.

Things however start becoming tricky 4 hours into the event where the only entertainment for kids ( 1 bouncing castle) is no longer fun, the kids are tired, bored and sleepy. All these are precursors to a kid’s tantrum showdown which I saw play out at the Carnivore recently. It was 8 p.m and slightly tipsy parents were still insisting on listening to the last song by Zahara. A kid can only have so much soda, food and cake.

The B&W event normally starts from 1 p.m and ending at 9 p.m or thereabouts. As most revelers are not taking water, by 7 p.m, most are as high as a kite and their behavior is one you would not want your child watching – not on telly, not in person!

There was also too much groping, dirty dancing and kissing going on after 7 p.m

Thus, B & W needs to know how to handle this before religious groups start demanding that it is discontinued for exposing children to too much indecency habits.

Maybe this can be achieved by partnering with a kids’ company that will offer enough entertainment, diaper-changing facilities and even sleeping mattresses for the kids like playschool or by the parents simply leaving the kids home with the nanny or going home early.

Like oil and water, the two don’t mix very well (Youth and Alcohol i.e). Unlike adults who are reasonably able to handle their booze, teens don’t have that control yet and many are usually experimenting for the first time; more often than not, mixing different brands of alcohol and blacking out in the field as early as 6 p.m.

There are those that have come to view B & W as an event where they can buy, carry and consume lethal amounts of alcohol unsupervised.

There was a young man barely 18 who blacked out just as Zahara was stepping onto the stage and had to be taken to the mobile ambulance an hour later as he still hadn’t come to.

I found it ironic that many ‘fans’ were too inebriated to watch the very artist they had bought tickets to watch perform live, which makes one wonder, is it still about the music?

After 4 years, maybe B & W needs to think of ways of growing the event into something bigger that will survive the above challenges turning it into a unique Kenyan experience where the uniqueness which is the musical experience does not get sidelined by the sideshows. 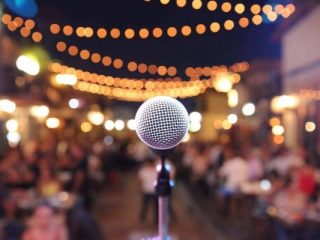 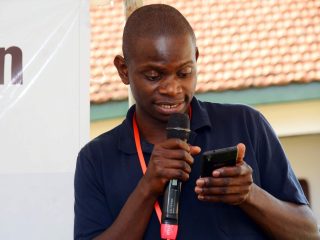 Next Post (n) Poem: Starting A Revolution by Sanya Noel