A definition of awesome combination is what I came to discover that this lady is, a raise of a Swahili father, Sal Davis the legend, and a German mother (a rare combination ). As she swayed to her music at Kinanda fest 7 on the 31st of July 2011 she excited my nerves and gave me this strong urge and need of taking her on a date (a musical date).I’m sorry to say that the slowing down of time did not happen as wished but her albums were on sale and my wallet was more than willing to part with the amount in the knowledge that this new found drug will be in my possession for a long while, a 2008 production of greatness.I pressed play , ushering in the start of our date; the mood changed making me feel as though I was driving a 1960s rolls Royce phantom. ROYAL.Have you ever been told of an event in such details making you feel as though you were at the scene as it transpires.  This is what takes place as I listen to the first track recorded and mixed by Tim Rimbui titled “Uko wapi”. She speaks of an accident scene and I can see the happenings unfold bit by bit, feeling her loss and hurt as I get drawn into the somber mode of the song with tears awaiting a blink to roll off. I am hooked.

After a heart to heart moment the second track “la Luna” brings the life as we get excited and filled with hope of a great morning. I felt like we were singing to the sun and appreciating the simple things that we ignore in the recklessness of living. Simple things such as the wind hitting our beautiful and handsome faces and the whiteness of the moon.The third song “oyster” ‘ … I am a little worm looking for an oyster I see rocks, I see rocks, I see rocks. I am a big sky looking for a bird I see stones, I see stone, I see stones….’ defines who I am, a beautiful creation, looking for a similar one but all I see is rocks and stones (metaphorically). People not worth our company are the ones more attractive and available as we all guard our broken hearts from a recurrence of a painful experience. The track got me singing to it its captivating and sweet to have a romantic conversation with it playing in the background. This has turned out to be my favorite in the album, played it five times as I wrote this review.

If a jazzy feel is what makes you tick then track four will so get you awake with the saxophone flares and a gifted Maia doing a vocalization to a 1930s swing style beats as it slowly blends into a salsa danceable then slowly back to a jazzy feel before doing a taste of jive all in one track. She’s got me smelling happiness in all its essence.When I heard her sing this song at Kinanda fest I had to open my eyes and make sure she is the one singing all of it. ‘joto’ is a Swahili encouragement song sung from a mother to her kid asking him/her not to cry anymore and sounds to me like a Giriama lullaby.Guitars just make music different, and ‘cigarettes on Tuesday’ is  no exception as it brings a difference to the album and conforms to my first knowledge of neo soul as an acoustic vocalized sound play.‘Altered night’ and ‘ants’ ends this self titled album of 8 sweet tracks  with a variety greater than I can express in a simple review.

Maia Von lekwo has graced numerous stages and performed with international artistssuch as my South African favorites Freshly ground and Thandiswa Mazwai among others. Her music brings out the diversity in her.The first track just makes the whole album look so much longer than it actually is. The sweet vocals of Maia takes me back to 1960s soul music where content and voice ruled the product but she stills holds my hands as we walk past the millennium line to the world of now. She fuses it so well I’m mesmerized. Pictures from www.maiavonlekow.com and www.myspace.com/maiavonlekow/photosReview by Robert Mahebo 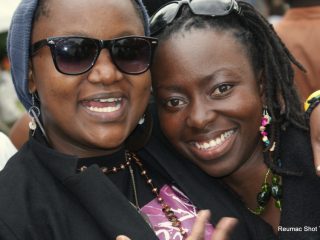 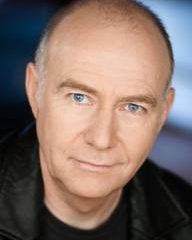 Next Post (n) Neil Schell: The Man behind ‘My Life in Crime’ the Film