Wakawaka! is a musical comedy from Festival of Creative Arts now showing at the Sarakasi Dome, from 17,18, 22 and 23 December: Saturday 17 @ 6pm, Sunday 18 @ 3 & 6pm, Thursday 22 & Friday 23 @ 4 & 6pm. Artistic Director – Mbeki Mwalimu, Musical Director-Linda Muthama, Choreographer – Hamisi Mzee . Produced by Abuto Eliud.
Ardent FCA fans will notice that Wakawaka! was previously done by the same theatre company under the title: Disturbia. This is a gamble that seemed to have worked quite brilliantly for the directors as it was bigger and better version than one could ever have imagined. What with theatre ‘heavyweights’ like Tash Mitambo (psychiatrist in NUTS), Davis Nato and Ken ‘Njoro’ Gichoya of Papa Shirandula, this play was headed for good things.

The play captures the horror of incest, sexual harassment and revenge. It revolves around a naming ceremony of the child ‘Toto’ whose murder is in question and the story develops into a fully fledged inquest into the murder with surprising revelations in between. The production seems to have found a balance between a thriller and comedy rolled into a musical.

The main character Tabu delivers an outstanding performance as she convincingly plays the role of the wronged woman and also plays herself as a little girl and a mother. Her vocal prowess is also something to be reckoned with. She manages to overshadow Jabali (played by Tash Mitambo) purely because Tash over-acts some scenes perhaps in a bid to bring the much needed comic relief in the sometimes very dramatic and emotionally charged scenes.
Derrick Amunga (Who plays Kizito, Tabu’s father) delivers music and comedy impeccably in his bellowing yet strangely melodic voice as only he can.
The story is compelling and engaging owing to a solid script therefore making up for some shortcomings with the sound more specifically a few poor timings e.g. phone ringing at inappropriate times during the show/actors not getting cue on phone ringing and the sound being sometimes deafeningly loud.
The music in general was melodic at its best and infused different genres which broke the monotony of dialogue at appropriate times and added meaning to the scenes. The musical also had an able guitarist and percussionist. It is

noteworthy to mention that the brilliant choreography in the musical makes for phenomenal entertainment. Prepare for a good number of immaculate musical performances as the plot makes interesting twists and turns.

The set, while it was not a full-fledged realistic representation of the time and place, represented the larger idea and to the actors’ credit, with minimal interruption and smooth moves from the actors even as seats were moved around a number of times in the duration of the play. The play with lighting brightened, dampened and lighted the mood as scenes were changed, fast forwarded and flashbacked making for very dramatic scenes.
Those looking for a good laugh, suspense, good music and drama this will enjoy this play.
Check this video out — WAKAWAKA BY FCA AT SARAKASI DOME 17 to 23 DEC 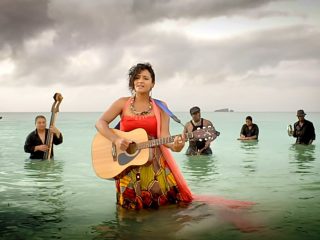 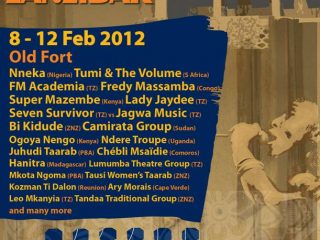