When I first heard that Donell Jones was scheduled to have a show in Nairobi, I received the news with so much excitement considering I enjoyed his music during my teenage years. At first glance when I reached the venue, I could immediately tell that the show was well organized, the ticket queue was moving swiftly and once your ticket was processed a white shuttle was awaiting to ferry the guests to the National Park.

A large white tent was pitched at the venue located at the site where Kenyan’s former president burnt Ivory back in the 80s. The first curtain raiser for the evening was Dela, who prides herself as an Afro-Soul songstress, her debut album Paukwa has been doing very well and it has put her into the limelight as a performing artist, she was backed up by Sauti Sol band members. She sang about 5 songs comprising one new number called “I Wonder” which I really liked. Dela also did a cover of Bob Marley’s “No Woman No Cry” which had the crowd singing along.

The second act of the evening was the soulful Neema Ntalel, with several awards to her name she needs no introduction, she recently launched her sophomore album titled “Dawn”. Neema was backed up by Aaron Rimbui who also needs no introduction to anyone familiar with the Nairobi music scene. She did a couple of songs which had the crowd on its feet, she must have quite a following! I thought while watching her on stage. Their cover of Bill Wither’s “Ain’t No Sunshine” was good.

Next was the main act of the evening and the crowd was restless while anticipating this because this is what they had come for. As Donell was getting ready backstage his DJ decided to hype up the crowd with something none of the guests expected, something he referred to as a “block party” and boy was he good! He played some eighties jams which majority was familiar with, the likes of Cameo’s “Candy” and BBD’s “Poison” but what cracked me up is when he played Franky Beverly Ft. Maze “Before I Let You Go” I almost went crazy if you know what I mean. This “stunt” he pulled made him the talk of the event later on.

With the crowd already hyped up, Donell Jones got on stage to a rousing applause, everyone was on their feet. He did not have to sing his first song of the evening “This Luv” alone either because everyone was singing along. The mood was not any different for the other consecutive songs he did. Most of his famous songs that energized the crowd and which everyone seemed to know were “In The Hood”, “Shorty Got Her Eyes on Me”, “Where I Wanna Be” and his cover of Stevie Wonder’s “Knocks Me Off My Feet”. Donell also did one or two songs from his recent album “Lyrics”.

Without a doubt I can say that the whole concert was what I expected plus a little bit more, I had fun listening to one of my favourite R&B artists and drinking a couple of Tusker Lite beers. 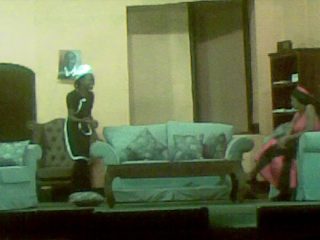 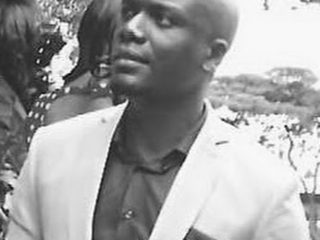