One of the cover artworks from Simphiwe’s new album Firebrand

Its not everyday you get to hear that an internationally acclaimed, non Kenyan artist has chosen to launch their album in Kenya.

South African Musician, Writer, Acitivst and Mom ; Simphiwe Dana posted a tweet on her page that left many South Africans wondering why she chose Kenya of all countries to launch her fourth album Firebrand.

More details in the City Press. Proud to say I will be launching the album first in Kenya in the coming week. Yay for Pan Africanism!

Because the world is so big ☺️ “@IrenephakelaPha: @simphiwedana But why is Kenya getting the first preference?” — My Light (@simphiwedana) November 2, 2014

Simphiwe will be in Nairobi from the 7th and will launch the album at the Koroga Festival on the 9th. The album will however be available for sale from the 24th of this month.

The secret is finally out. My album Firebrand is out on the 24th of November.

Simphiwe just got back to Africa from the US where she together with fellow South African Musicians Hugh Masekela, Hip Hop artist Tumi and the Acapella group The Soil gave a rousing performance at the famous Apollo theatre for the Saturday Night ‘Africa Now’ Festival

Simphiwe has often drawn a lot of comparisons with her inspiration, the legendary Miriam Makeba and her very vocal views have cost her the wrath of not just some of her fans but the South African government as well as she revealed in a recent interview.

Some people have tried to silence her “by telling me to stick to singing”, she laughs. “Are you in politics now? What about the singing?” they ask.

“And it got to me because what they are saying is that the time of the activist musician is over … ‘You are not Bob Marley, you are not Fela, you are not Miriam Makeba, so don’t try to be. Just make us sing and dance, that’s what we want.’”

In an exclusive interview with the South African City Press, Simphiwe spoke about the closure of Gallo records- the record company that produced and own the rights to her first 3 albums, her personal tragedies, the relationship between her music and her stance in politics as well as her new look which is now more glamorous, what she terms as a new lighter phase.

Unlike many who no longer believe in the spirit of Pan-Africanism. Simphiwe is an African first then a singer whose eyes are open to injustices happening not just in her own country South Africa but also in her continent. Through her social media presence on Twitter, Facebook, Instagram and her blog, she highlights some of these issues as well as giver her thoughts and opinion on them.

Nzima is one of the singles from the Firebrand album that she released earlier this year through Sony Music Entertainment Africa. It is one of three songs in her new album inspired by the massacre of mine workers at Marikana.

As Kenyans count days to her concert and album launch, it should not come as a surprise to see the new side of Simphiwe who has grown to love herself alot more and is more glamorous that we knew her a decade ago when she first release her hit album Zandisile which made a major impact in South Africa upon its release in 2004. 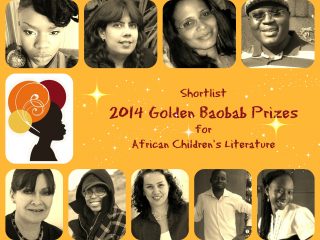