This past weekend was one full of all manner of events with several events happening concurrently on Saturday.

There was the much hyped Kenya Film and Animation Expo which this time round was happening at the Prestige Plaza and not at Sarit Center where it has been for the last 4 years. I was quite looking forward to this event. I had made various observations on twitter regarding the lack of local animated children content mostly nursery rhymes. This is because my daughter who is now 14months is learning all the English rhymes that are out there courtesy of the internet and a few bookshops that have the same English nursery rhymes but with Kenyan voices and some basic animations done locally. I became concerned that she will not learn the songs I learnt which were mainly in my mother tongue and in Kiswahili; Songs like Kanyoni Ka nja, Kamuti kega ke riri, Kuna Mtu shambani, Wamama Wawili and many more that I remember with alot of nostalgia. I therefore hoped that I would get some of that at the expo.

I therefore arrived quite early giving myself atleast 2hrs at the expo before proceeding to the next day’s event, the Bloggers Happy Hour.

There were a number of exhibitors though fewer than I expected and notably absent were several well known Kenyan animators. Animators like Kwame Nyongo, Chief Nyamweya, Just a band(Known more as a Music band), Gaddo’s XYZ Team, The African Sci-Fi Factory and Reckon Digital(Gatumia) just to name a few did not have any form of representation making the expo seem more for the newbies and animation colleges.

Although there were several stands of note, most did not have ready products with a majority still in the first project trailer stage. 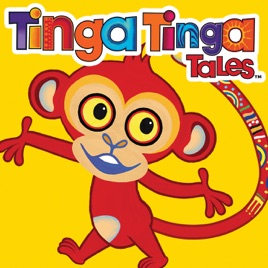 The homeboys stand with the Tinga Tinga Tales had DVDs of the 1st series up for sale including some little merchandise. I spoke to Kelvin Kim one of the animators and shared my thoughts on the need to consider local folklore and songs in their next project. I also mentioned that more functional merchandise like fridge magnets, wall hangers or stuffed animals of characters in the series would appeal more than bumper stickers. I bought the DVD and was eager to see how my daughter would react to it. She loved the richness in color and the music. I was however surprised to hear so many characters using Jamaican accents yet the stories were about Africa told by animals only found in the African Landscape.

Could someone from HomeBoyz explain this to me. I have often heard that some Kenyan accents are hard to get especially by the international audience but choosing Jamaican accents removed the authenticity from the stories.

Another exhibitor that quite impressed me is Anto Dezigns who are coming up with an animated movie called Makmende II Begins. It is based on Makmende the Kenyan super hero fictional character this time round in a Sci-Fi movie fighting off dark forces. The movie is not yet out but the animation trailler was captivating.

Andrew Kagia the creater of Wageuzi, a 3D animation was also present showcasing his Wageuzi Battle 2012 video. I congratulated him on his achievement and noted the positive reviews it had received online. I however sought to find out what he was doing to make the video available to those without Internet access. It seems like he has not focused much on that aspect which is sad because it would have a huge impact on my majority of Kenyans without internet or access to civic education especially at this crucial time with the elections around the corner. I advised him to speak to organisations dealing with civic education to either organize public filming sessions across the country or free distribution of the video CDs.

Most other animators seemed to be reaching too far off for their animation stories with a team doing ‘Chronicles of Piye’ and the Chomoka Studios reaching to ancient Egyptian Kingdom for their animated story. I found this abit surprising as there are so many original Kenyan folklore that can be turned to an animated story. There are the legend stories that explain the existence of various communities which remain in story books with no one to bring them into life.

I had a long conversation with Timothy of The Kenya Film Commission on this as well as other matters affecting the Kenya Film Industry. There is a Film Policy that has been developed that will address issues such as incentives to international film makers for shooting scenes in Kenya, structures in Film making, guidance, funding and training the youth through the youth polytechnics as well as the glaring issue of local content in animations and films coming out of Kenya. Timothy is hopeful that the policy will be tabled in Parliament before the year ends.

Let us hope that the Policy will transform this very promising industry.

The other event was the Bloggers Happy Hour which this time round was more involving with a Koroga cooking competition at Caribea organized by Tamu Tamu online magazine. It seems like most bloggers read the email wrong and most were shocked to find Pans, Jikos and ingredients and no food.

We finally did cook with only two groups competing. Our group the Kahonge Team named so after our Chief Chef, @Kahonge was up against the Njeri Team. Our team, taunted from the word go and labeled as the health conscious folk(yeah, we don’t use Royco in our cooking) made Chicken peas curry with garlicky roasted potatoes . Njeri’s team made Chicken Biriani.

It seems like the venue Chef loved our cooking because we emerged the winners against all odds getting several bottles of wine.

We then all sat together to enjoy the sumptuous meal which had changed from being a lunch meal to dinner.

Kudos to BAKE, @NonieMG and @TamuTamuKe team for organizing the Koroga event. 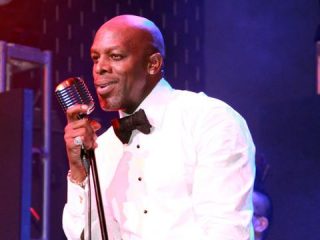