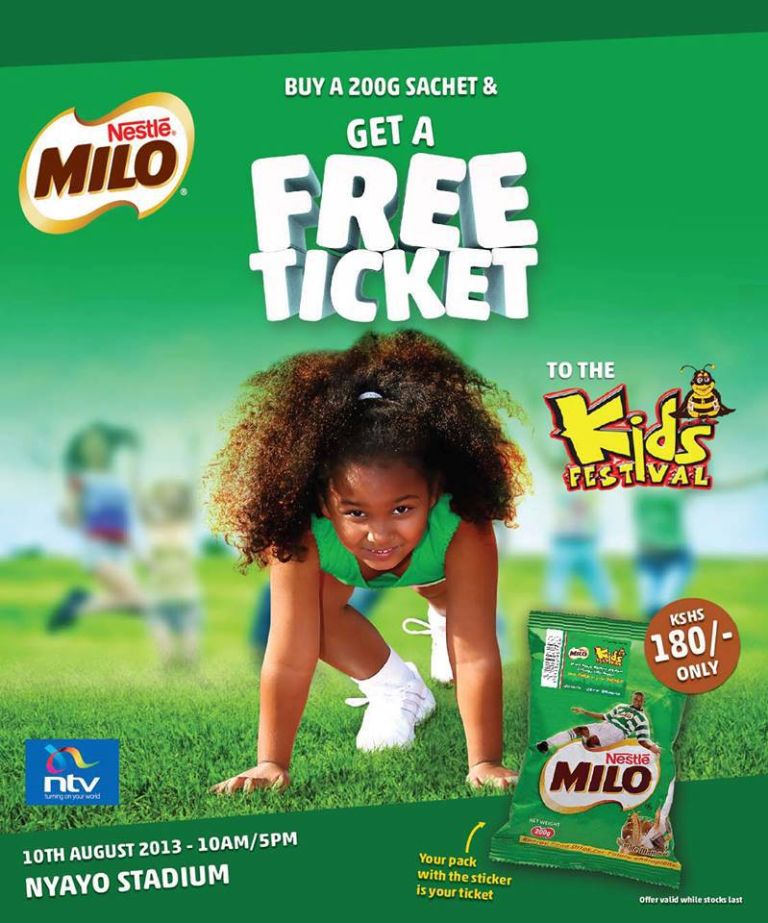 Thousands of children and an equal number of adults attended the Milo Kids Festival held on Saturday 10th August at the Nyayo Stadium. The event which was organised by Laugh Industry owned by Daniel Ndambuki (Churchill) had Nestle as the title sponsors with NTV as the media sponsors. The aim of the one day festival was to promote an energetic healthy lifestyle through good nutrition.

Although the theme of the event was “developing champion kids” which was to be echoed in the various activities and performances throughout the day, the highlight of the event was a musical concert featuring artists such as Nameless, Waire, Churchill, Eric Omondi, MC Jessy… Wanjiku the teacher, Ayeya, chipukizzy who were deemed as the ideal role models.

The idea is a brilliant one as there exists no other such festival that aims to bring children together in their thousands for fun(I am not sure if they learn anything though). The organisation was well done although they did not anticipate the high turnout due to the entry fee ( a sachet of milo). This led to very long queues.

However, the questions I seek your indulgence on are on the execution of the very noble cause. Should we be concerned or not when children are subjected to lewd lyrics like Kude Kude, Ninanoki with all manner of sex laced dancing in the name of fun! What ideals is the Kids Festival instilling in children, whatever happened to kids activities such as art & craft, music and having clowns, magicians, acrobats instead of having Zangalewa imitators gyrating their hips and butts all over the stage and Kanda King lining up his family to do the same?

Nestle’s partnership with the Laugh Industry began during the Kids Festival Kenya held in April this year. The event takes place three times a year, this being the second event. The Laugh Industry has had a successful streak with Churchill Live which later become Churchill Show and Churchill Raw as a spinoff of the live recordings. The Kids Festival idea must have come about from the Toto’s corner segment which has had lots of sponsors.

Going to a school and asking kids all manner of funny questions with some bordering on insult (remember the tongue slip over Smriti’s name?) is one thing, organising a kids festival that not only exults fun at the expense of morality is a whole different ball game. The Laugh Industry team seems to have concluded that bringing all their ‘Stand up’ comedians, Zangalewa dancers, local artists, bouncing castles and face painters was enough to make a festival.

Whilst I may not complain much about the lack of enough worthwhile child-centric activities (this can always be improved on in future events), I have a serious issue with the artists that were entertaining children, and their preferred mode of entertainment.

Maybe the organisers were picking up where parents have left off, taking children to pubs and places that purport to keep the child entertained while the parents get inebriated till late into the night. Maybe I should not blame Churchill so much with his crew as the children probably already knew what Kude Kude meant whether or not they heard it at Kids Festival or some other place.

However, there needs to be a sense of responsibility by the organisers by not seeming as though they are promoting dirty dancing in the name of ’developing a champion’. I would dare ask, a champion in what? Pole dancing?

Let us not prevent children from being and enjoying that stage of their lives. 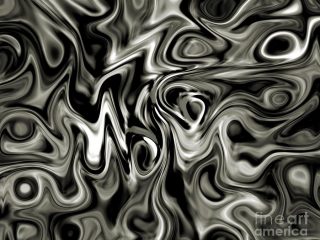 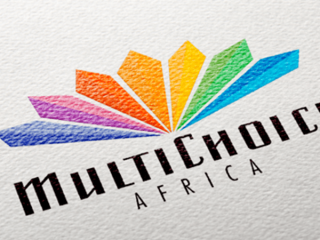