Well into its third year now, the Safaricom International Jazz Festival recently announced its main act for this year’s festival happening on 21st February. The annual festival which has brought some of the World’s legendary Jazz musicians outgrew its initial hosting venue – the Ngong Racecourse after last year’s festival after just 2 years of its running with 11,000 revelers attending the 2nd festival that brought South African born, Jonathan Butler. This year round, the festival organisers will not be headlining an African Jazz musician as has been the norm.
The event, which will be held at the Safaricom Stadium in Kasarani, will see artists from USA, UK, Belgium, Israel, Nigeria and South Africa perform alongside some of Kenya’s best live jazz bands.

Branford Marsalis and his quartet band is this year’s headline act. He is a three time Grammy Award winner from the United States. The line up shall include performances by Jef Neve (Belgium), Maya Beltsitzman and Matan Ephrat (Israel), Sons of Kemet (UK), Siya Makuzeni (South Africa) and Kunle Ayo (Nigeria) who performed at the Safaricom Jazz Lounge in 2014.

The international acts shall be joined by two of Kenya’s most prolific jazz bands: Afrosync as well as by Edward Parseen and the Different Faces band.

The Safaricom Youth Orchestra, which comprises of gifted instrumentalists aged between 10 and 18 years, will open the show with some jazz favourites

“This event is about bringing people together to enjoy fantastic music and marketing our country as a destination for live jazz music, which is fast becoming a part of Kenyan music culture,” said Bob Collymore, Safaricom C.E.O. during a press brief earlier today.

Tickets are available at the Michael Joseph Centre (Safaricom House) and select Safaricom shops including: Sarit Centre, Galleria Mall, Junction Mall, I&M building, Village Market, Thika Road Mall, Nakumatt Mega and Nyali (Mombasa). You can also purchase your tickets via M-Ticketing by dialing 1511 and following the prompts.
The tickets retail at Kshs.1,000 for adults and Kshs.300 for students. Children under 12 get in free of charge accompanied by a paying adult. All proceeds go towards supporting the Ghetto Classics music programme. 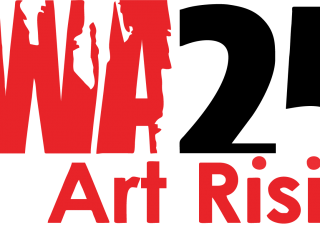 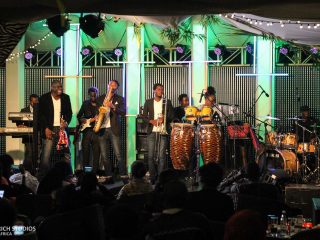