SAFARI BY THE ADAWNAGE BAND

I have now joined the huge family of jobless Kenyans and like most people we look for hope and encouragement from a source best instilled in us through out our childhood. For me this source has always been spirituality and in times of good and bad I always go back to my Christian roots.This is where I am today as I hide in my room looking for inspiration as I play this album in the loudest of volumes to kill my fears.Adawnage is a band that says of itself of being more than just a band. It is composed of very talented vocalists and instrumentalists. Having interacted with them on numerous occasions I am pleased to introduce you to the awesomeness that is this band. the name Adawnage is crafted from a fusion of three words; A DAWN AGE representing what the band is about which is the dawning of a new age. The band came together in 2008 and this album has a lot to offer.

The fourth song in the album is ‘naomba’ is a powerful prayer that fits well in times of hurt and helplessness. It is the best song that anyone can sing along to in times of hardship when you feel like letting go and just being down on your knees without much to say. The song  moves through the ears and wallows in the heart making you better. ‘Nitumie’, the fifth on the play list introduces the grove and things picks up from here as the band tells asks to be used as vessels in the work of the Lord. It is a danceable track and grooving to it is as easy as the drums lead you.Are there times you look at the things that you have done and in your heart you believe that even if you pray, God will stand from his sit and walk to china? When you are at the worst of your life and you feel like life is not worth you the song to listen to will be ‘let me live’ the sixth track in the album. Slow and well vocalized assuring you of your purpose in this life.‘Safari’ the ninth track is one of the best local lingala music that one can dance to as it gives a feel of easy flow and carefree fun. The instrumental connection and blend with the vocals is astonishingly superb. This was inspired by their own experiences as they got multiple punctures on their way to Nyeri for the recordings of this album. They relate it to life saying there will be numerous hurdles and refuels but eventually you will reach your destination only if you keep moving. The album’s final track is the harmonized choir like song inspired by the first and second verses of the Kenyan national anthem with a very patriotic feel that transforms mid way to be a reggae rendition you will never want to end. The album has a happy feel to it, with every piece introducing a new dimension in life and an uplifting essence with each beat. It is a powerful piece of greatness worth gracing your collection of music albums. listen to there tracks herepictures from http://www.adawnage.com/follow them on twitter @AdawnageReview by Robert Mahebo 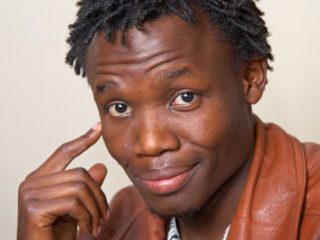