The term has been used to describe a sound by a group quipped by Clay Muganda in an old copy of the Drum Magazine as ‘a band of young musicians with their composition popularly known as the Java song’. The group was Sauti Sol and term is ‘Afro Soul’.The group was fairly unknown then when they performed at the Wedding Ceremony for Eric Wainaina & Sheba Hirst back in the year 2008.Fast forward to the present and there is a whole breed of groups and artists using the same term to describe their sound.
What exactly is Afro Soul?Though there has been no research or documented facts describing this ‘New Genre’ I will try and deduce reasons why it has the term soul and Afro- African.Having attended performances by most of these groups & Artists i.e. Sauti Sol, Aziza, Elani, Carol Atemi, Stan to name but a few, I would correctly assume that they are all heavily influenced by Neo Soul artists as well as African Music Artists. The neo soul term was first used by Kedan Massenburg  of Motown Record Company in order to describe Erykah Badu’s sound which defied soul, RnB or jazz tags as it had a blend of all these sounds including Hip hop.

As he admits, he coined that term ‘Neo-Soul’ in order to market this unique sound.  He went on to produce D’Angelo, Lauryn Hill, India Arie and many other Neo-Soul pioneers who made it in the mainstream, better still, topping charts throughout the US and beyond.This term ‘Neo-soul’ has however never been fully accepted by these artists who consider themselves either as simply RnB or Soul artist.The term Afro Soul is thus nowadays used to describe an artist or a group whose music is a blend of RnB with African Instruments or sounds.
Is this the making of a new Genre?The growth of a new genre from an old one is always look down upon as either a dilution or distortion of the original sound. Though this might be true, that is the only way that music grows; by feeding off what is currently there. It happened with the growth of jazz, Blues, RnB, Rock and most recently what is popularly known as crunk from Rap and Hip Hop.Thus it is becoming quite acceptable for these artists to call themselves Afro Soul.Where to draw the line?
In the December 2007 issue of True Love, Carol Atemi describes her sound this way in verbatim“It is a mixture of Neo-Soul and Afro – kind of a Mirim Makeba, Jill Scott thing”She later on produced her first album ‘Hatimaye’ which true to her description does contain elements of African & Neo-Soul music.

However, like with every growing industry, hangers on or wannabes who will want to use the same tag to describe their ‘music’ never lack. And still from the same artists whose previous songs did have these described elements, most are known to push the envelope a bit too far.This sound is not unique only to Kenya. Maurice Kirya of Uganda; Ayo, Asa and Nneka (all of Nigerian dissent) have produced music that would fall in this ‘Afro Soul’ category.
A new Genre or a FadWhilst its great that there is a fresh and unique sound coming out of Kenya from young people apart from the Genge and Kapuka, I am still quite skeptical of this new breed of artists. For a new sound to be termed as a genre, it must stand the test of time while at the same time retaining the elements that made it unique. I still have not seen that consistency as most are still on their 1st or 2nd albums while others are still sharing spots with poets during open mics waiting for their big break in the music business.Thus, we can only watch these emerging artists  hoping that they will stand the test of time to listed as the pioneers of a new genre of music to come from Africa; the Afro Soul genre. 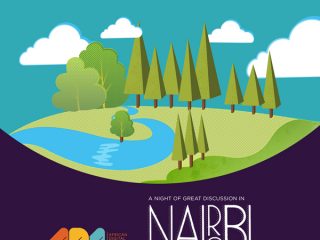