Mention the words David Rudisha on Twitter and what you are likely to get is a response or tag with the words ‘wakati unapong’arisha fyatu fyako’……….. Well it seems like, only a Kenyan would get that joke thanks to the sponsorship deal that he landed with Kiwi shoe care product company.
{Yes even we here at KenyanPoet were busy rooting for our sports men and women in London for the last 2 weeks or so. A friend of mine told me that many sporting events are like poetry in motion (see what I just did there… Poetry & Sports).

And watching David Rudisha on that Olympic track from start to finish is truly poetic at its very essence. Right attitude, right tempo and right conclusion…and of course en core…}

There could not be a better time for the brand than now when David Rudisha was one of the leading lights that Kenya hoped had of winning another Gold Medal (in WR time to boot!) in the London Olympics after what has been a disappointing experience for the larger Kenya team and their fans who could vented their frustrations on blogs, Twitter and Facebook.

I am not a big sports fan, heck not many Kenyans are. However, there is something distinct about major international sports and the need for most humans to express solidarity with their national team. Thus the London Olympics 2012 has brought on what I would call ‘seasonal fans’ who are quite patriotic during events then forget about the sportsmen/individuals soon as the event ends. We are the ones who seem more enthusiastic about the ongoing Olympics almost to the point of fanaticism, live tweeting the results yet we are not even in London.

Only David will Rudisha Kenyan Glory

Although previously David Rudisha was getting mentions on Twitter in not so favourable ways owing to his heavy accent which was highlighted when he did the Kiwi ad. It seems like the line fyatu fya Rudisha have gained him and the brand some much unforeseen publicity that many local brands gunning for the ‘official sponsor of the Olympics’ tag will not get on social media.

The fact that Huffington Post also listed David 5th hottest Olympian has created such a buzz online with his fans creating a specific hastag for him on Twitter, #TeamRudisha. That Kiwi chose David Rudisha as their brand ambassador was great foresight for both parties – Rudisha now a household name in Kenyan sporting folklore and that Kiwi a shoe polish brand synonymous with clean and smart grooming. What’s even better is the fact that they have both been positively taken by Kenyans online and though initially started as joke, both brands have scored where others have laboured to win over Kenyan consumers hearts.

Well to all you Rudisha & Kiwi fans can add another hash-tag too #KiwiOlympics! 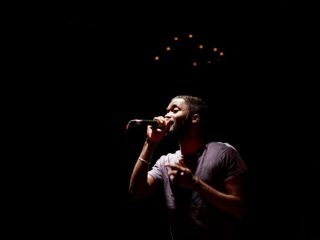 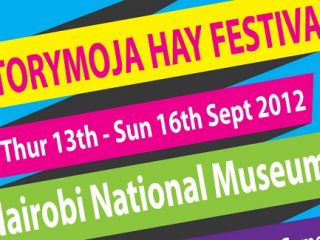