The Kenyan online space has become quite vibrant in the last 5 years mainly due to increase in internet infrastructure. The first Fibre optic link, TEAMS cable landed in Mombasa in 12th June 2009 and since then 3 more have been implemented. This has increased access not only to the internet but also to mobile devices.

The adage of ‘Content is King’ is more true now with Kenyan blogs enjoying increased attention for their variety in news & information on various topics that do not make it to the main stream media.

In this quest for exclusive and unique news that no other site has, many online and even offline content creators have ignored the fine line between attribution and plagiarism.

What exactly is Plagiarism?

Without using legal terms, plagiarism is lifting someone else’s work, either sections or word for word and claiming originality. This worked for centuries until the internet was invented.

The Internet never forgets
This has never been more true than in the last few years in Kenya where many assume that others have never discovered Google thus they copy anything and everything claiming it as their own. With the increase of social media engagement, sooner or later, most of these cheats are eventually caught. For some, even 5 years later.

Lets take a look at some of the notorious Plagiarism culprits we have in Kenya in no particular order, at least the ones that have been caught so far by the inter… net.

Perhaps the most notable case of plagiarism was by Kenyan media Personality Caroline Mutoko who in her weekly column in the Star newspaper of September 3rd 2012 , lifted every word from a post titled ‘Letter to My 20-Something Self’ that had appeared on a blog run by the Crunk Feminist Collective. She didn’t even bother to change the title. In an even more ironic twist, she ended her post with the warning

2. KTN
From using quotes on their FaceBook page without proper attribution, to use of original images from some of Kenya’s professional photographers on their prime time news slot without even some acknowledgement to the photographer, KTN is among many other mainstream media house that think the internet is some abyss where they can pick things freely with no attribution and assume that no one will take notice.

3. Daily Nation Newspaper
The Love hate relationship between the DN and Kenyan Bloggers would make for an interesting discussion. This goes as far back as 2005 with the plagiarism of a prominent Kenyan blogger by a columnist for one of Kenya’s most respected newspapers.

Since then, the cases have increased to include other online fully fledged News sites like Sabahi Online, Sunday Times UK and Reuters

Names, photos and gory details of the Kenyan socialites were unknown before Ghafla – a lifestyle site that started off as a blog 3 years ago. Anyone who knew the existence of the blog Media Madness knows that the idea for Ghafla is not a new one. It was however able to get good traffic to attract investor funding of USD$ 25K from 88mph.

There have been numerous accusations online from other content creators, mainly blog owner, of plagiarism by some the Ghafla creators. The site, which is known to wallow in the glory of exposing the mainstream media on plagiarism (Caroline Mutoko, K24) has now become the subject of concern by other bloggers.

In their post on ‘how to copyright your work’. They went ahead and copied the full article from the Kenya Copyright Board website without any attribution to the original source as though the ‘writer’ thought everything on that article. When, it was pointed to them, they never even bothered to edit the page.

A few weeks ago, due to the Lupita Nyong’o craze, they desperately needed as much content as possible on the first Kenyan to win an Oscar thus instead of doing research like everyone else, they lifted an article by Kenyan blogger Owaahh. That article has since been removed following intervention by the Bloggers Association of Kenya.

Apart From Lupita Nyong’o, Here Are Other Kenyan Actors Who Have Made It In Hollywood > http://t.co/XT20WuLKCk @Maryoyaya

When he followed it up with the Ghafla team, he not only got an apology, but the writer in question was disowned by the editor. Talk about being thrown under the bus.

However, regardless of whether Ghafla disowned their own as having acted alone, the plagiarised article did appear on their site thus they ought to have taken full responsibilty. Oh and they never apologised publicly, the private apology was leaked.

5. DJs Joe Mfalme & Creme
A few days ago, An American female disc jockey Dj Shortee took on Kenya’s top deejays Joe Mfalme and Creme de la Creme for ‘stealing’ her scratch intros and using them as theirs through a Facebook Post.

“Haha, soooo, this just happened: These idiots DJ Joe Mfalme & Creme strait up stole on of my scratch intros (that I released 5 yrs ago) & they are trying pass it off as their own by editing in their names where “Shortee” used to be. They also mixed it with a song that’s completely out of key, so in addition to being thieves, they’re also tone deaf. What’s funnier is that these two guys didn’t even take out the word “SHE” that occurs multiple times (since I’m the FEMALE who created it, lol). I’ll paste my original mix below in the comments so you can compare for the fun! Feel free to put them on blast…weeeeeeeeeee ;o)”

6. Epic Nation
This was exposed by Skyline Design on their Facebook page where they showed the Epic Nation apparel logo and the one originally done by Roy Smith. Although the discussion degenerated to accusations, it was clear that the owner Roy Smith did not give permission for the use or modification of his logo

7. Consumer Federation of Kenya (COFEK)
The current logo by COFEK is taken from a logo done by Rajan Sandhu for the Jive Space Trademark as Eugene Nyawara came to find out.

8. K24
Kenya TV station K24 took Enzi Media’s ‘Trendz’, and just renamed it to ‘Mishoni’ having copied everything else apart from the show’s title.

In a video that shows the two programs, the K24 crew could not even come up with a different structure, ending or even the music. Surely!!!

9. Human IPO
My friend Rebecca Wanjiku seems to be the unlucky victim of Human IPO’s lifting of works and adding a broken attribution link.
Her article for the PC Advisory UK edition was lifted word for word by HumanIPO (the page has since been removed bu the link is still showing the name of the post) and despite confronting them on twitter, this is what they had to say.

@HumanIPO what do you mean, you lift a whole story & say it wasn’t intentional? What is intentional plagiarism anyway? Having a link?

10. Mary A. Ogola (1st Respondent) and the University of Nairobi

It is only fair that we end with the first ever Plagiarism suit to make it into the Kenya Court.

In September 2010 the Bungoma High Court mulled over the legal aspects of this subject following allegations of plagiarism by Anne Nang’unda Kukali (Applicant) against Mary A. Ogola (1st Respondent) and the University of Nairobi. Lady Justice Florence Muchemi presided over the case; a first of its kind in Kenyan courts.

In her application to the court, Ms. Kukali sought for a temporary injunction to restrain the University of Nairobi from including Ms. Ogola’s name in the list of for the graduation ceremony that was to be held on September 24, 2010 or any other forthcoming graduation. Further she sought to restrain the University of Nairobi from awarding Ms. Ogola with a degree certificate for the degree of masters in Arts in Project Planning and Management pending the hearing and determination of the suit.
Find full details of this first suit from the KLR e-newsletter.

What’s the way forward?
From the look of things, plagiarism cases will continue increasing until the culprits are filed with a suit.

To the lawyers out there, maybe you need to take on pro-bono cases where plagiarism can be proved and there was financial gain. 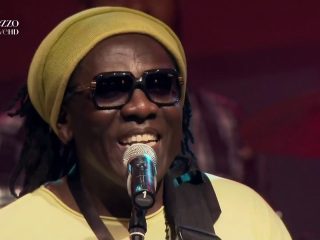 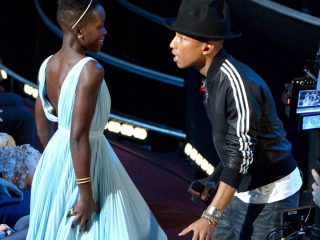