The story of Jazz festivals in Kenya is a sad one. They are organised with a lot of funfair, PR and the works, big international acts are brought, some local Jazz artists (or not) perform, promises are made on how they will be the next Cape Town Jazz Festival and come the next year, nothing happens.

Such was the case with Kenya’s first Festival; The North Sea Jazz festival which first took place in 2006 at the Kasarani Sports Stadium. I attended the concert and Kenya did not have any Jazz artists to show thus we had to settle for Eric Wainaina and Harry Kimani (am glad that has now changed). Unfortunately, the organisers failed to pull it off the next year despite making promises at a press brief to launch the journey.

The National Museums of Kenya did also attempt to hold theirs dubbed ‘South meets East’ Jazz Festival in 2009 which brought South African musician Lira for the very first time to Kenya. She was not as popular then and her performance was not that well attended. I enjoyed her performance nonetheless.

The Jazz Safari Festival premièred in 2009 on 4th of December at the Louise Leakey Auditorium under the banner Sierra Jazz Safari. The main acts for the evening were Gerald Albright, an American Jazz Saxophonist and Uganda’s TShaka Mayanja who is the Jazz Safari creator as well as Valerie Kimani and Kanjii Mbugua. Since then the Jazz Safari has taken place every year except in 2011 and last year bring Jazz musicians such as Incognito and Jonathan Butler. The Jazz Safari takes place in 3 cities namely Nairobi, Kampala and Kigali under different brand sponsor names.

There has not been a Jazz Festival that has been able to consistently bring a blend of local and International Jazz musicians every year.

I would mainly attribute this to long standing challenge that has continued to plague live concerts in Kenya. If its not conmen posing as promoters or even organisers, its pure lack of professionalism in most of the live concert organisers that international artists have known as the international standard in every country they have performed.

Safaricom recently announced that they would be holding a week long international Jazz festival from 23rd February 2014. The premier event dubbed “Safaricom International Jazz Festival” will feature international and local artists such as Richard Bona, Eddie Grey, Chris Bitok among others. It will be a weeklong of concerts that will end in with a family extravaganza at the Ngong Racecourse.

The Safaricom Jazz festival will ride on the success of Safaricom Kenya Classical Fusion and the Niko Na Safaricom Live concerts.

Safaricom with their ‘ Safaricom Live’ concept have shown that with good organisation, it is possible to have successful live concerts. This is despite their initial pitfall with one promoter whom they had to replace.

It is no secret that Jazz is a musical genre that is very close to Safaricom CEO Bob Collymore’s heart. He has appeared as a guest in various Capital Jazz club shows sharing his collection of Jazz music with the show’s listeners.

Maybe Jazz fans in Kenya can now breath a sigh of relief in knowing that someone has their best interest at heart. 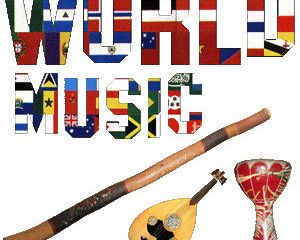